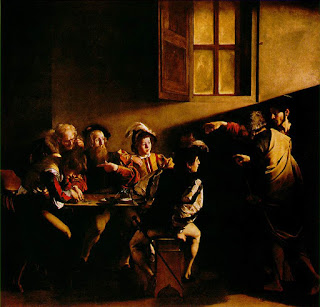 Monsignor James Turro offers some thought provoking insights regarding the quick and generous response of the first disciples. Check out the magnitude of Simon and Andrew's generosity. Consider how they just let themselves be uprooted by Jesus' call. They left their families, their friends, and whatever they were doing for a vague future. They responded firmly and unhesitatingly to Jesus' call to a new way of life.

God summons people and His is a call that is not anticipated nor is it merited - it come freely from God.
"Sometimes God's choices seem improbable and, often enough, undeserved. Consider Jacob for one. He was a scheming, deceitful twin, completey immune from brotherly affection. Yet God called him. The choice of Ruth would be another instance. She was an unassuming widow, a foreigner. Jonah when called tried his utmost to evade God. But his pathetic attempt to run from God came to naught. God chose each of these unlikely persons to achieve his purpose.
In large ways and small, God continues to call people to various tasks and experiences. The only response that makes sense is that of Levi, Simon and Andrew, that is, a response that is fast and joyful acquiescence."
Think about it!
Better, pray about it!
Posted by Province of Meribah at Saturday, August 01, 2009