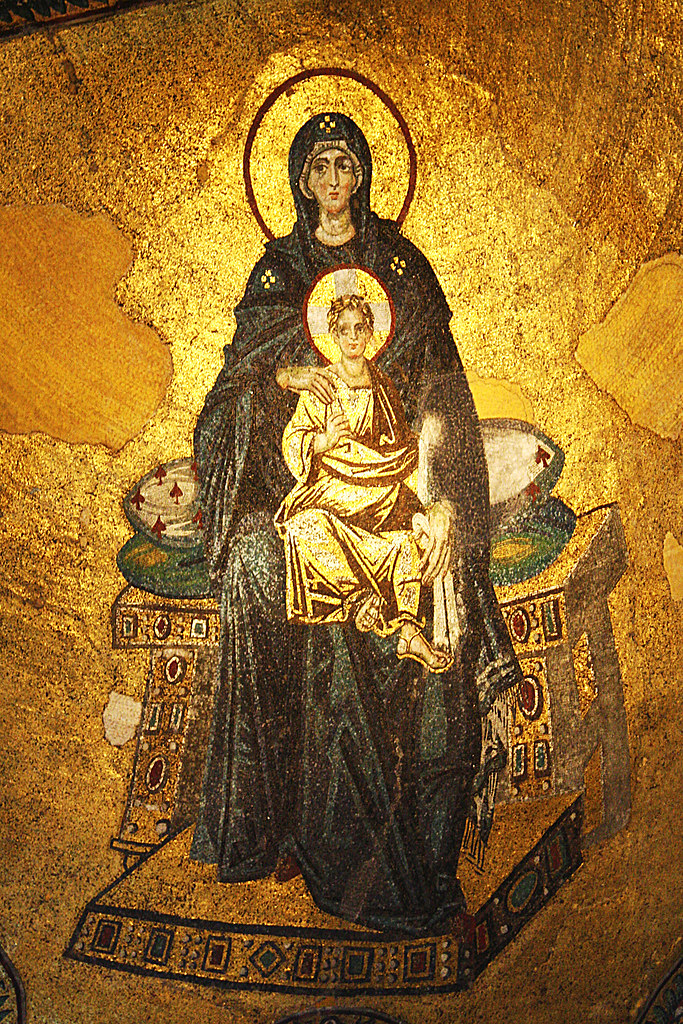 2. Immaculate Conception — The 1854 dogma issued by Pope Pius IX refers to Mary's sinless nature at the moment of being conceived by her parents. The Immaculate Conception was the first time a pope claimed a dogma to be infallible, even though the idea of papal infallibility would not be officially proclaimed for another 16 years. This is the definitive title of the Blessed Mother.

And now, in my opinion, the No. 1 title of the Blessed Mother:

1. Theotokos — Mary's first and most important title means "God bearer." The title, defined by the Council of Ephesus in 431 A.D., refers to the Virgin Mary as the Mother of the incarnate Son of God.

And so today the Church celebrates the feast of the Most Holy Name of the Blessed Virgin Mary to teach us how useful and advantageous it is for us to invoke her holy name in our needs.

The name Mary means "Star of the Sea". It is, says Saint Bernard, very well given to her, because she is indeed a star which enlightens, guides, and leads us to a harbor in the stormy sea of this world.
Posted by Province of Meribah at Monday, September 21, 2020