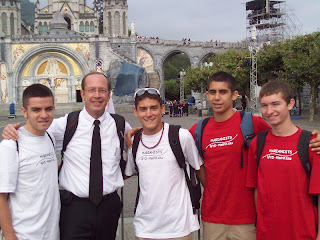 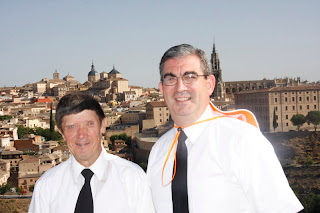 It is a good sign that consecrated religious speak often of God; for this indicates that their hearts are occupied with the very reason for their vocation.When Saint Teresa of the Andes was discerning her vocation, this is one reason why she preferred the convent in the Andes over a different convent; "I noticed that the Sister at the turn asked me about all kinds of worldly things that I didn't like...On the other hand, at Los Andes, we spoke only about God and just mentioned a few people to recommend them to God in our prayers...Their presence and conversation has deepened my recollection and brought me great peace".

Saint Alphonsus tells us that the mere "good examples of saintly companions" will help raise the religious to the heights of sanctity and "remind us continually of the transgressions into which we have fallen". Indeed, religious are meant to be set apart from the world; they are called to become saintly, not simply seculars living under the same roof who recite prayers together.

Saint Bernard says that "a worldly spirit under the garb of the habit, is an apostasy of heart."

As Saint Faustina once mentioned; "I tremble to think that I have to give an account of my tongue. There is life, but there is also death in the tongue."

Indeed, just as edifying words can help sanctify one's companions in a community, so too can their bad example lead one another to ruin.

Blessed Pope John Paul II once said; "you end up resembling the company you keep". Why then, should we not seek out a community that will support and encourage each other through speech, prayer, and sacrifice? Is this not a prime advantage of community life?
Posted by Province of Meribah at Sunday, September 27, 2020