Yesterday we set our for a day of travel to our "World Youth home" in Rio. On the way we paused to tour and celebrate at the Basilica of the National Shrine of Our Lady. It is a prominent Basilica dedicated to Our Lady Aparecida, (a variant of the Immaculate Conception) as the principal Patroness of Brazil. Its official title in Portuguese is Nossa Senhora da Conceição Aparecida, roughly translated as Our Lady of Conception who Appeared.

Since 2011, it has become the greatest Marian pilgrimage center in the world, ranking above Our Lady of Guadalupe and Our Lady of Lourdes.

The present basilica was constructed nearby an earlier chapel. We had the opportunity to celebrate Mass at the chapel.

The chapel housed the statue found by three fishermen in the town of Guaratinguetá. According to local tradition, the group was attempting to catch a large amount of fish in the Paraíba River for a banquet honoring the visit of São Paulo Governor, Pedro de Almedida in 1717. Despite their prayers, their attempts were fruitless until late in the day, one of the fishermen cast his net and pulled it back to find the statue of the Virgin Mary. Upon his next cast, he found the head. The group cleaned the statue, wrapped it in cloth, and returned to their task to find their fortunes had changed and they were able to obtain all the fish they needed. The statue is believed to be the work of Frei Agostino de Jesus, a monk residing in São Paulo.

Our pictures below are from Saturday in Sao Paulo. We celebrated Mass near the Cathedral de Se. The enthusiasm of the pilgrims is contagious. Groups are now trading religious and national items. Singing and music are the means of common connection. 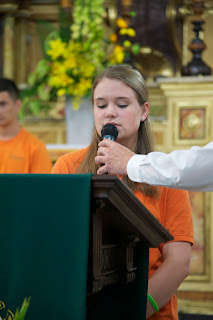 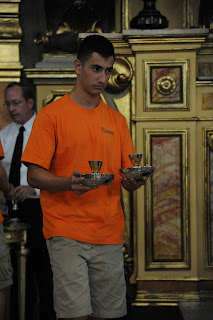 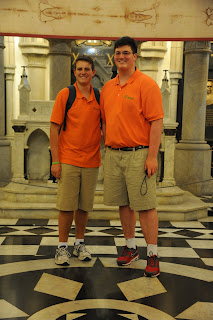 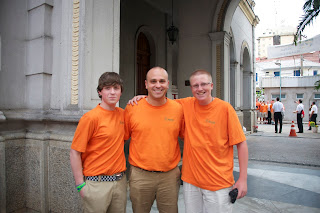 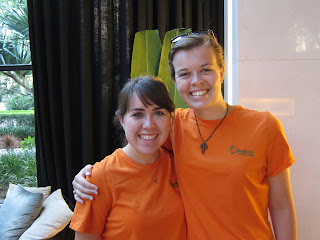 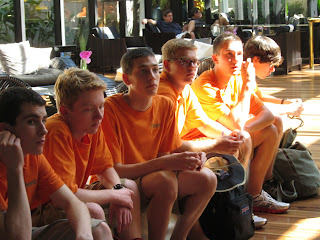 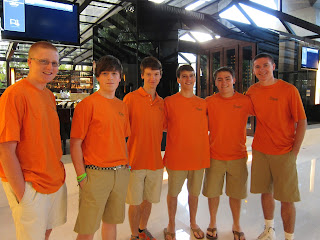