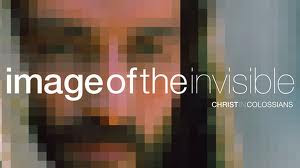 As we approach Sunday's text from Colossians, we realize it is one of the great texts of Scripture, a christological hymn which lifts up what Teilhard de Chardin in The Divine Milieu called the Cosmic Christ.

You have to wonder: If a single container of dust can tell us about the birth of our planet, then it’s not hard to believe that this single, solitary person called the Christ can tell us all we need to know about the meaning of life and our relationship with God.

Who he is. Jesus the Christ. We’re told that he is the firstborn of all creation, the "image of the invisible God." Jesus is, for us, the human face of God, the One who appears in flesh and blood to communicate to us the character of an infinite and eternal Spirit.

Saint John put it this way: "The Word became flesh and lived among us," and we were able to see with our own eyes the glory of the Father’s only Son, “full of grace and truth."

Saint Ignatius explained it by saying that "by the incarnation God broke his silence."