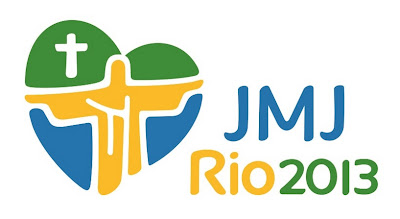 The Province of Meribah will be sending their pilgrims to the 27th World Youth Day on July 19th, which will be held in Rio from July 23-28. The theme for the 2013 World Youth Day is “Go and make disciples of all nations” (Mt 28:19). Its symbols are the cross and icon of Our Lady.

Begun by Pope John Paul II in 1985, the event is hosted in different cities throughout the world and includes prayer, catechesis and cultural activities, along with an overnight vigil and messages from the Pope.

The genesis of WYD can be found in 1984 when, on Palm Sunday of that year, Pope John Paul II invited the youth to celebrate with him the Year of Redemption. Young people responded with enthusiasm and excitement. Later, in 1985, the Pope wrote a letter to young people from around the world; from this, the adventure of World Youth Day was launched.

WYD encourages the participation of young people in the Church; to share and to celebrate their faith; and meditate on the message that the Pope chooses for each pilgrimage.

World Youth Day is a unique experience and one which is unmatched in terms of scale, universality and joyfulness. It is a life-changing event!
Posted by Province of Meribah at Saturday, July 13, 2013