Today, our pilgrims and roughly 1.5 million walk across Madrid, in the baking heat, to celebrate the Papal Mass at Cuatro Vientos airfield. The Mass will begin at 9.30 on Sunday morning and they will prepare with Vigil led by Pope Benedict this evening.


The mood of this pilgrimage has not changed. Present last evening with the Stations of the Cross at the Plaza de Cibeles in the centre of Madrid were Catholic youth focused ultimately on the Cross. Anyone who waded through the crowds yesterday evening at Plaza de Cibeles, to witness the Way of the Cross, could not deny this.

Pilgrims in Plaza de Neptune were dancing and singing until they quickly kneeled in solemn awe at the sacrifice they were commemorating. The young teenage girls giggling away in the local Spanish market, licking ice-creams were now taciturn statues, still in the peace of the life-giving love they were witnessing at each station.

The suffering of Christ was portrayed in a profoundly unique way. The Way of the Cross incorporated the trials and experiences of a universal Church. Victims of drug addiction, earthquakes, persecution, war and marginalization were invited to unite their suffering with Christ’s by carrying the cross to the each station.

It was a relay of suffering, in which the baton of burden was passed on in solidarity; victims united both in their suffering but also their hope at the prospect of salvation and joy at the end.

Tonight’s vigil will be one of solemnity colored with hope, with the prospect of a glorious end to the Madrid portion of the pilgrimage. 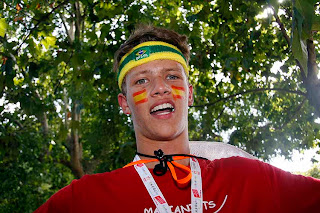 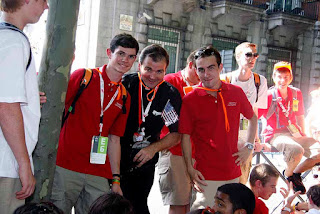 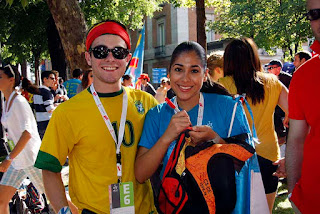 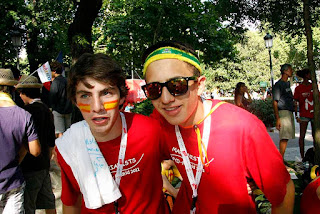 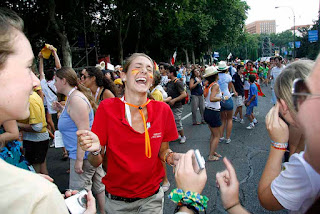 Posted by Province of Meribah at Saturday, August 20, 2011