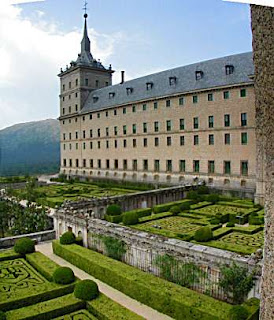 We spent the day visiting two sites as part of our WYD pilgrimage in Madrid. Our first venue was the Cathedral of Saint Mary of Toledo, also called Primate Cathedral of Toledo, Spain, seat of the Archdiocese of Toledo. Paloma, our tour guide, explained it is one of the three 13th century High Gothic cathedrals in Spain and is considered to be the magnum opus of the Gothic style in Spain.
It was begun in 1226 during the reign of Ferdinand III and the last Gothic contributions were made in the 15th century when, in 1493. The vaults of the central nave were finished during the times of the Catholic Monarchs. It was modeled after Bourges Cathedral, although its five naves plan is the consequence of the constructors' intention to cover all of the sacred space of the former city mosque with the cathedral.
It also combines some characteristics of the Mudéjar style, mainly in the cloister.The spectacular incorporation of light and the structural achievements of the vaults are some of its more remarkable aspects. It is built with white stone close to Toledo.
It is here that we celebrated Mass in a chapel for 130. We sat everywhere; pews, floor, santuary, choir loft, and the hallway to the choir loft.
We then traveled to the Royal Site of "San Lorenzo de El Escorial", located 50 kilometers north-west of Madrid. It was born around the majestic Royal Monastery of San Lorenzo de El Escorial. Felipe II ordered its construction in 1561 to commemorate his victory in the battle of San Quintin. Paloma mentioned that it is now the town located in the skirt of the Abantos mount and has a pleasant climate during the months of summer.
Tomorrow the Holy Father will celebrate Mass and talk with the seminarians. We snatched a peek at the area for the Pope, but for security reasons were moved on very quickly. No one was arrested for sneaking a peak.

The Province of Meribah celebrates their 35th anniversary on this date. With joy we hav been graced with many blessings from Almighty God. May God continue to bless us with his grace. 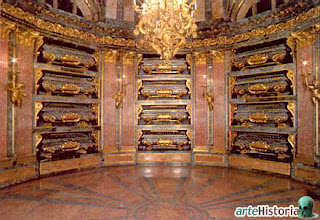 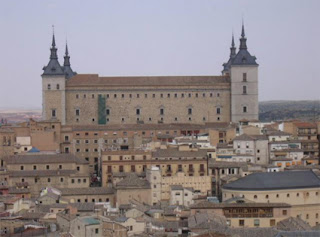 Posted by Province of Meribah at Thursday, August 18, 2011