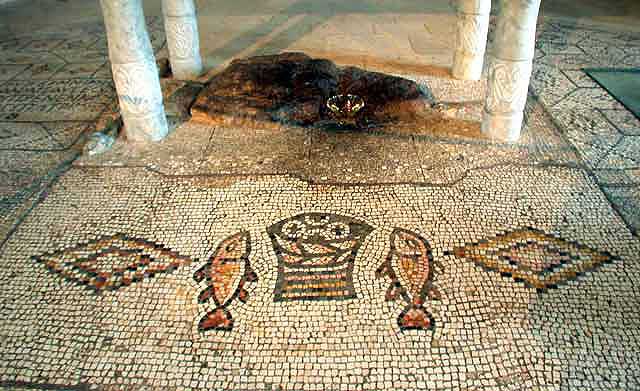 Today's Gospel keys us into the first century, where John’s account of the feeding of the 5,000 takes place. Messianic expectation was running high as the people looked for a hero to unite them and throw off the yoke of Roman oppression. Into this climate of chaos and hope comes Jesus, who does and says things that lead the people to believe that he is the one who will come riding to their rescue. There were lots of pretenders to the throne running around first-century Israel, gathering people in the desert in the manner of Moses, promising liberation from the Roman slave-masters. The people tended to move from one to the other, until their promises dried up like so much desert sand. Jesus seemed spot on, to be the real deal — one who would fill their bellies as well as their national dreams.

John tells us that the people’s response to this massive feeding was to try and make him king “by force.”  But Jesus refuses the crown and slips off by himself into the wilderness. If anyone deserved it and could deliver the goods it was he. But while heroic warrior-kings make for good stories and blockbuster movies, the kind of kingdom Jesus was bringing in would redefine once and for all what true royal power was about.

Bottom line: Jesus believed that power was only truly useful if it was given away.
Posted by Province of Meribah at Sunday, July 26, 2015