Man of the Beatitudes

This week we celebrate the feast day of Blessed Pier Giorgio Frassati on July 4th. He was born in Turin in 1901 and died from polio in 1925. He was a young man of deep faith who at university gathered round him a group of friends who shared the same Catholic convictions. 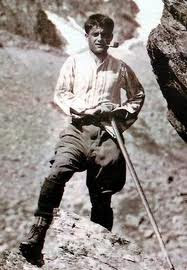 He was an enthusiastic member of the St Vincent de Paul Society and became a Lay Dominican in 1922. He combined a devout spiritual life with energetic involvement in Catholic Action. He worked in a club for young mountaineers and 'preached' not by talking about his faith but simply by the way he responded to what life brought his way. He wrote that charity alone was not enough, social action also was needed if the poor were to be properly cared for.

Pier Giorgio's plans were to work as a lay missionary once he was a qualified engineer and then to get married. It was not God's will for him, however, as he fell gravely ill with polio and died. His family were astonished at the thousands of people who lined the streets for his funeral, not realising how many people in the city had experienced his kindness. Devotion to him continued to grow as his friends gathered for a day of recollection each year on the anniversary of his death.


Saint John Paul II beatified him in 1990 and his tomb is in the Cathedral of Turin, the Church that houses the Shroud. 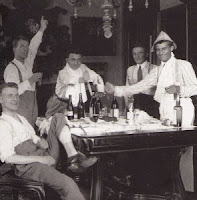 At the beatification, St. John Paul II said of Pier, “By his example he proclaims that a life lived in Christ’s Spirit, the Spirit of the Beatitudes, is “blessed”, and that only the person who becomes a “man or woman of the Beatitudes” can succeed in communicating love and peace to others. He repeats that it is really worth giving up everything to serve the Lord. He testifies that holiness is possible for everyone, and that only the revolution of charity can enkindle the hope of a better future in the hearts of peop
Posted by Province of Meribah at Saturday, July 04, 2015