Holy Saturday is celebrated among the Christian fraternity to commemorate the day when Jesus Christ lay in the tomb, after his death. It is a day after Good Friday when Christ was crucified.

Known by different names, such as Easter Eve, Easter Even, Black Saturday or Saturday before Easter, the day is often considered a time of both sadness and joy among the Christians around the world. 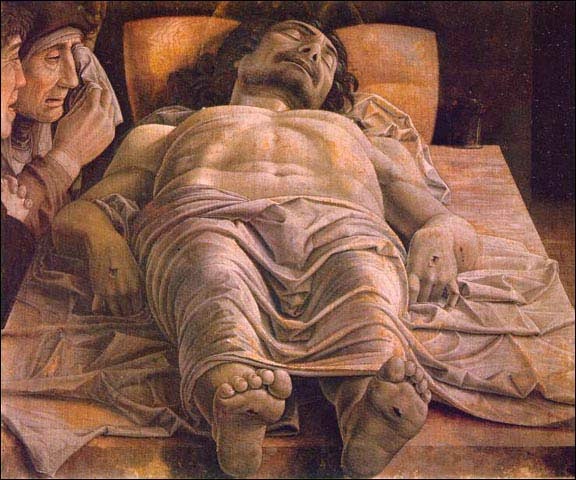 Traditionally considered to be a time of reflection and waiting, Holy Saturday is the last day of the Holy Week and the end of the season of Lent.

In celebration of the Holy Saturday 2014, let's take a look at the seven interesting and unique facts about the day.

Since Holy Saturday often entails a time of deep reflection and waiting, the last day of the Holy Week is also known as the Vigil of Easter. The vigil stems back to the time when Jesus' followers marked this day, waiting after his crucifixion on Good Friday. Holy Saturday is recollected as the day when Roman governor Pontius Pilate ordered guards to be posted near the tomb, in order to prevent Jesus' followers from removing the body to claim that he had risen from dead.

The day is also known by various strong names such as Great or Grand Saturday, as well as the Angelic Night. It is said that this was the only Saturday, during which fasting was initially permitted in the early days of the Christian Church. It is reported that fasting occurred for the entire day or at least 40 hours before the Easter sunrise.

4. Paschal Candle with Alpha and Omega

One of the most important symbols used for the Holy Saturday celebrations, is the Paschal candle, which is made out of white wax and is marked with a cross, an alpha and an omega (the first letters of the Greek alphabet).

White wax is said to symbolize leading people from darkness into the Easter's celebration, while the Greek letters symbolizes humility in Jesus. The first and last letter of the Greek alphabet is also thought to represent a symbolic display of the fact that Christ is "the beginning" and he is "the end".

In Mexico, Holy Saturday is known as Judas Day, and people often burn effigies of Judas Iscoriot, who betrayed Jesus for 30 pieces of silver. Street vendors are often seen selling effigies making Judas look as ugly as possible. Such effigies are also seen on the streets and hung on lamps. Firecrackers are sometimes attached to the effigies and ignited. Candies are also fixed inside some of the effigies and children scramble for those, after they explode.

In Czech, the day is also known as White Saturday; a term that is derived from the White robes worn by the Church's congregation, who are newly baptized and were anointed with the consecrated waters.

7. Blessings of the Animals

One very interesting tradition observed on Holy Saturday in the United States is the 'Blessing of the Animals,' which is a colorful ceremony observed, especially by people of Mexican descent in California. It is an interesting time when animals of different kind receive blessings. In 2011, for example, the Los Angeles Times reported that animals that came out for the annual blessings in the cobblestone plaza included llamas, goats, geese, sheep, parakeets, iguanas, goldfish, geckos, turtles, horses, doves and, of course, various kinds of dogs!
Posted by Province of Meribah at Saturday, April 19, 2014