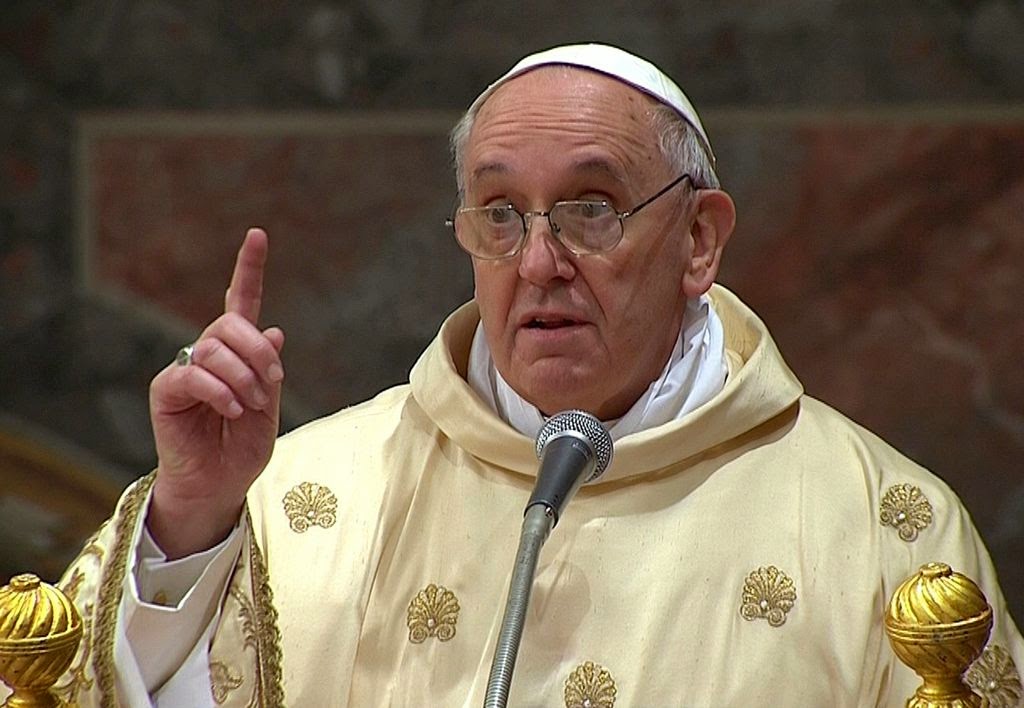 (Vatican Radio) We cannot understand the things of God only with our heads, we need to open our hearts to the Holy Spirit too. This was Pope Francis’ message at morning Mass Tuesday at Casa Santa Marta. The Pope also said that faith is a gift of God which we cannot receive if we live our lives “detached” from His people, the Church.


As usual, the Pope reflected on the readings offered by the liturgy of the day, which show us "two groups of people". In the First Reading, "there are those who were scattered because of the persecution that arose" following Stephen’s martyrdom. "They were dispersed with the seed of the Gospel - the Pope said – and they carried it everywhere". At first, they only spoke to the Jews. Then , "almost naturally, some of them" who had come to Antioch, "began to speak to the Greeks". And so, slowly, "they opened the doors to the Greeks, to the pagans”. Once the news arrived in Jerusalem, Barnabas was sent to Antioch "to carry out an inspection". He noticed that everyone “was happy" because " a large number of people was added to the Lord".

Pope Francis noted that these people did not say “let's go to the Jews first, then the Greeks, then pagans, then everyone. No! They allowed themselves to be carried by the Holy Spirit! They were docile to the Holy Spirit". And then, he said, "one thing leads to another" and "they end up opening the doors to everyone: to the pagans, who were considered unclean in the mentality of the time”, "they opened the doors to everyone." This, he stressed , "is the first group of people, those who are docile to the Holy Spirit". "Sometimes - he added - the Holy Spirit prompts us to do bold things: like how he drove Philip to go and baptize" the Minister of Ethiopia , "like how he pushed Peter to go and baptize Cornelius".

The second group presented to us in the readings of the day is the "intellectuals, who came to Jesus in the temple: they are the doctors of the law." Jesus, the Pope noted, has always had problems with them, "because they never arrived at understanding: they always came back to the same point, because they believed that religion was a thing of the mind, of laws". They saw it as a question of "fulfilling the commandments and nothing more. They cannot even imagine the existence of the Holy Spirit". The questioned Jesus , "they wanted to argue. Everything was about the mind, the intellect". "These people had no heart - he added -there is no love or beauty, there is no harmony" these people “only want explanations":

"And you give them their explanations and, not convinced, they return with more questions . This is their way: they spin round and round ... As they spun Jesus around throughout his life, until the time that they were able to take him and kill him! These people do not open their hearts to the Holy Spirit! They believe that the things of God can be understood only with the head, with ideas, with their own ideas. They are proud. They think they know everything. And what does not fit into their intelligence is not true. You can raise a dead man in front of them , but they do not believe".
Jesus "goes further" and says "something very strong": "You do not believe because you are not part of my sheep! You do not believe because you are not of the people of Israel. You have left the people. You are in intellectual aristocracy". This attitude, he warned, "closes the heart. They have denied their own people".

"These people had become detached from the people of God and therefore could not believe. Faith is a gift from God! But faith comes if you are in His people . If you are - right now - in the Church, if you are helped by the sacraments, brothers and sisters, by the assembly. If you believe that this Church is the People of God. These people had distanced themselves, they did not believe in the people of God, they only believed in their own things, and thus built a whole system of commandments that chased the people away: they chased people away and would not let them come into the Church, the people. They could not believe! This is the sin of resisting the Holy Spirit".

Pope Francis concluded: "Two groups of people”, those who are "gentle, sweet people, humble, open to the Holy Spirit", and the others "proud, self-sufficient, detached from the people, intellectual aristocrats, who closed their doors and resist the Holy Spirit". "This is not just stubbornness", he said , "it is much more: it is having a hard heart! And this is more dangerous". "Let us ask the Lord for the grace of docility to the Holy Spirit to move forward in life, to be creative, to be joyful, because the other people were not joyful". When "there is a lot of seriousness - he said - the Spirit of God is lacking". We ask, therefore, "for the grace of obedience and that the Holy Spirit will help us to defend ourselves from this other evil spirit of self-sufficiency, pride, arrogance, closure of the heart to the Holy Spirit".
Posted by Province of Meribah at Wednesday, May 14, 2014