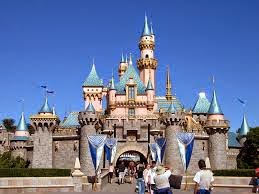 Over the past few weeks our two high schools have taken a deeply traditional pilgrimage that almost all Americans feel pulled to make at least once in their lives - to America's new heartland, Disney.

Disney's role in America's modern mythology is absolutely critical, even central. Increasingly the world sees Disney as the real symbol of America. Forget the Statue of Liberty, the Constitution, the Bill of Rights - America means Mickey Mouse. The recreational mecca called Disney World has now supplanted America's historical mecca called Washington, D.C., as the nation's most popular tourist site. Some now argue that Disneyland/World is the spirit of America, the nation's key sacred space, the bearer of the images that carry American meaning and mission.

Disney's mission statement is simple and straightforward: "Provide People Happiness." In its quest to meet this goal, Disney focuses all its energies in the realm of fantasy - convincing the whole country that to find happiness involves escaping reality.

When you visit Disney World, its central image is the Castle of Sleeping Beauty. Its graceful, soaring storybook towers and turrets preside over the rest of the theme park below. Yet unlike all the other attractions in this wonderland it is only a hollow shell - void of content. Except for a few novelty shops along the walkway that cuts through it, this beautiful symbol of Disney's fantasy world come to life is empty.

But its very emptiness is full of meaning. For that is precisely the function of Disney World - to empty us of the harsh realities of life and render us unconscious to those things which are too hard to bear. That is part of the experience of Disney - to become "unconscious" of the real world and to enter a never-never land of fantasy and fakery. Fittingly Sleeping Beauty's Castle - a monument to a trance-like sleep - serves as the portal to this plane.

If Disney entices participants to fall asleep in order to escape life, the Church's mission is to urge people to wake up - in order to experience an authentic and full existence. Easter is a reveille call to all believers announcing the dawning of our new relationship with God through Jesus Christ. This is a radically new reality. The message of Easter wakes us, not just from a stuporing slumber, but also calls us forth from tombs of sin, bound in grave clothes of despair, to wear robes of righteousness and hope!

Easter is not an empty Disney-fantasy. Easter is the rousing, transforming power of God shaking each and everyone of us awake to a life in Christ, a life eternal.
Posted by Province of Meribah at Friday, May 02, 2014