Interested in exploring the possibility of a Marianist religious vocation?
Consider attending our Operation Fiat
on
Tuesday, January 15, 2013
at the
Kellenberg Memorial Community in Uniondale, New York.
Evening Prayer begins at 6 pm for young men interested in exploring a religious vocation.
Dinner & discussion follows until 8 p.m.
If interested contact Brother Michael at bromichael@kellenberg.org 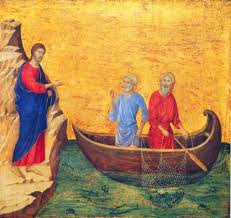 Those who are chosen by God for the consecrated life make this spiritual longing their own in a definitive way. In it, in fact, they have one expectation: the Kingdom of God: that God reign in our will, in our hearts, in the world. In them burns a unique thirst for love which can be quenched by the Eternal One alone.

By their example they proclaim to a world which is often bewildered but, in fact, increasingly in search of meaning, that God is the Lord of life and that his "steadfast love is better than life" (Ps 63[62]:4[3])....

Never forget that the consecrated life is a divine gift and that it is the Lord in the first place who ensures its success in accordance with his plans....

And so, when one renounces everything to follow Christ, when one gives to him all that one holds most dear, braving every sacrifice as did the divine Teacher, the consecrated person who follows in Christ’s footsteps necessarily also becomes “a sign of contradiction,” because his/herway of thinking and living is often in opposition to the logic of the world, as it is almost always presented in the media.
Posted by Province of Meribah at Thursday, January 10, 2013