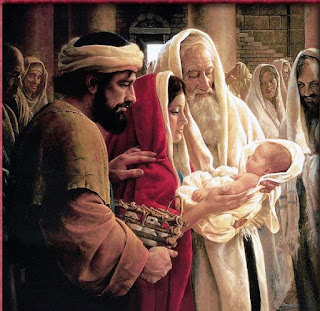 The faith, commitment and dedicated ministries of those who have consecrated their life to God and the service of his Church will be acknowledged nationally today on World Day for Consecrated Life, February 2. Established by the United States Conference of Catholic Bishops (USCCB), the annual celebration pays tribute and prayerful support to priests, sisters, Brothers, consecrated virgins, hermits, and members of secular institutes and societies of apostolic life. The entire Catholic community is encouraged to join with the Marianists this evening as we continue our series on the life and mission of Blessed Chaminade. Tonight's presentation will take place at 7:30 p.m. at St. Martin de Porres Marianist School, St. Martha's Church. 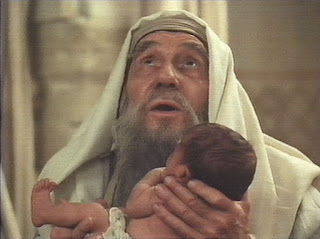 Originally, the feast was celebrated on February 14, the 40th day after Epiphany (January 6), because Christmas wasn't yet celebrated as its own feast, and so the Nativity, Epiphany, the Baptism of the Lord (Theophany), and the feast celebrating Christ's first miracle at the wedding in Cana were all celebrated on the same day. By the last quarter of the fourth century, however, the Church at Rome had begun to celebrate the Nativity on December 25, so the Feast of the Presentation was moved to February 2, 40 days later.
When Christ was presented in the temple, "there was a man in Jerusalem named Simeon, and this man was just and devout, waiting for the consolation of Israel." When St. Mary and St. Joseph brought Christ to the temple, Simeon embraced the Child and prayed the Canticle of Simeon.

Because of the words of the canticle ("a light to the revelation of the Gentiles"), by the 11th century, the custom had developed in the West of blessing candles on the Feast of the Presentation. The candles were then lit, and a procession took place through the darkened church while the Canticle of Simeon was sung. Because of this, the feast also became known as Candlemas. While the procession and blessing of the candles is not often performed in the United States today, Candlemas is still an important feast in many European countries.

Posted by Province of Meribah at Wednesday, February 02, 2011