199th Anniversary of the Society of Mary 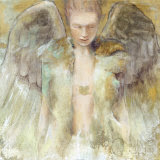 For members of the Society of Mary, October 2, 1817 is a day of celebration. It was on this day that Jean Baptiste Lalanne and several other men met with Blessed William Joseph Chaminade to discuss the possibility of forming a group of vowed men who through prayer and living in community would be actively involved in the ministry of the Church. After the initial meeting, several additional men, clerics, manual workers, and merchants, joined with Lalanne and Blessed Chaminade to found the Society of Mary (Marianists). On December 8, 1817, several men made private vows and on September 5, 1818, seven men made public vows as members of the Society of Mary.

Today, October 2, Foundation Day for the Society of Mary, is the Feast of the Guardian Angels.


Remembering the Guardian Angels has been important to members of the Society of Mary. Guardian Angels were seen as guardians of the students in Marianist schools. To help students behave appropriately, members of the Society of Mary were encouraged to “invoke the Guardian Angels of their pupils at the beginning of class and surveillance periods.” (Resch, p. 174). Hopefully, the angels would guarantee that students behaved in a proper manner so as to be receptive to the classroom instruction of the Brothers and priests.

The Daughters of Mary Immaculate and the Society of Mary were not founded for a specific ministry within the Church. Blessed Chaminade was open to the possibilities that would come before him and his disciples. It soon became evident that education would become the primary ministry of the Society of Mary. Blessed Chaminade wanted each of the members of the Society of Mary and the Daughters of Mary Immaculate, “to show by their good example, that Christianity is not an obsolete institution and that the Gospel is as practicable today as it was 1800 years ago. (The men and women religious) would wage battle against a thousand and one forms of propaganda, precisely in the field of schools, by opening classes at every level and of every kind, and particularly classes for the common people, who are the most numerous and the most abandoned.” (1838 letter to Gregory XVI)

Pray with us:
God of everlasting love,
Your Son gave us his Mother to be our mother.
Taught by him and united with thousands of students
throughout the world in Marianist schools, we pray:
Mary, do for us what you did for Jesus, our brother.
Guide us so we grow strong in wisdom and grace.
Give us sight to see the talents God has given us,
the will to develop them, and the generosity to share
these talents with others. Instill in us the desire to constantly learn,
the goodness to serve generously, and the courage to follow where Jesus calls.
We pray for these blessings for ourselves, for all students at this school,
and for members of the faculty and staff. May the Father and the Son and the Holy Spirit
be glorified in all places through the Immaculate Virgin Mary. Amen
Posted by Province of Meribah at Friday, October 02, 2015