LENT - Get you act together now! 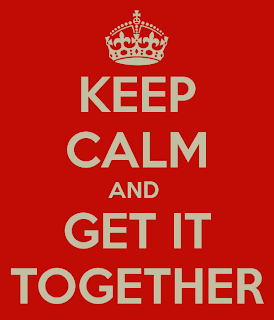 Today's readings bring us to Jesus’ sobering parable of a certain rich man and Lazarus. While he was alive Dives — Latin for “rich man” — lived a lifestyle of the rich and famous. Luke tells us he “feasted sumptuously every day.”  While he was feasting, Lazarus was dying at his gate, wasting away with the afflictions of desperate hunger. Predictably, they both died.
That’s when the shock begins; or at least it ought to begin for those who are alive and have ears to hear. After all, Lazarus, who had no lifestyle choices, being desperately hungry and dependent upon the kindness of the wealthy, is raised to enjoy the consolations of heaven. While Dives, who presumably had every choice available to him and the power to shape his lifestyle any way he wanted, is sent to suffer the torments of hell. Only then, suffering the painful consequences of hell itself does Dives begin to assess his “lifestyle.”

This is not a parable for the squeamish, or more pointedly for those who think how we live has no real consequences.

The point is to choose to live in the healthiest way possible — now, before you’re dead, and have no choices at all.

In Jesus’ parable, that’s precisely the point of Father Abraham’s sharp reply to the rich man. Dives had a lifetime to live in a way that honored Moses and the prophets, and he failed even to notice the poor dying man at his front gate.

That’s the problem with narcissism and a narcissistic culture: you don’t see people. We don’t see the blind, the lame, the ill, the suffering, the dirty, the imprisoned, the child, the poor. They’re outside our field of vision.

What is shocking about this parable, or ought to be shocking, is that Dives appears to be living a successful life not unlike any other reasonably wealthy persons in our time.

There is no indication that he mistreated or abused the poor Lazarus, only that he lived his life in such a way that Lazarus, along with all the other afflicted, hungry people at the gates of the rich, were rendered invisible. Only after he died and felt the consequences of his lifestyle — one of ignoring the prophets’ summons to care for the poor and the hungry and Moses’ call to love God and neighbor — did he want to make a change in his living. Then it was just too late.

Father Abraham reminds Dives that, even though he will not get a chance to warn them personally, his five living brothers still have time to heed the call of Moses and the prophets. So do we.

By implication, we are those five brothers — we still have time to make the lifestyle choices that will bring our lives in tune with God’s way now, while we are still living.

Commenting on this parable, one writer says that the story is a cautionary tale, telling us that it is not yet too late for us. It may be too late for the five brothers, but it does not have to be for the rest of us. So, what is the bottom line? Jesus is challenging us to get our acts together now! We are challenged to listen to the Gospel and hear it, and then act on it in whatever ways we can. Here it is in clear color:  “God does not expect you to do the impossible, but God does expect you to do both what you can and what you must.”

Get your act together ... now
Posted by Province of Meribah at Thursday, March 05, 2015