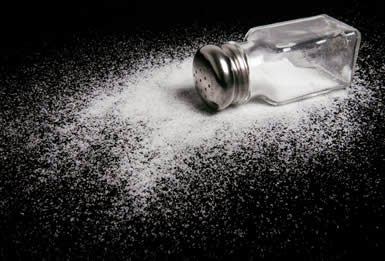 Just as the First Adam was called to be a gardener, so too was Jesus, the Second Adam. Jesus constantly used agricultural images. He talked more like a gardener than a rabbi. There is a definite "earthiness" to all of His sayings. When Jesus called his disciples to be "the salt of the earth," he was comparing their role in the world to the role the dungheap played in the agricultural practices of his day. Salt, like manure, was not of any use when clumped together by itself. Salt and manure were meant to be worked into the soil - enriching the productivity of the whole field with their presence.

Christians are called to stimulate the growth of truth and righteousness - to increase the production of goodness in the world. The church, the body of Christ, is the salt - the dungheap, the compost pile, the manure that must find its way into and fertilize the barren soil of lonely, hopeless souls.

Like a pinch of leaven in the dough; like a sprinkle of salt or a shovelful of manure in the flowerbed; or even like a single simple construction worker's son wandering within a tiny, primitive country, God has always had a way of making a little go a long way.

Salt is a doubly descriptive image of this principle at work. As well as being a kind of soul-enriching fertilizer, salt also makes us thirsty. Airplanes and bars know that by putting out free snacks like salty peanuts and pretzels they will increase patrons' thirst and thus their drink sales. In the same way the church as salt should stimulate the thirst of others for the good things of God, for the amazing things of the Spirit.

Posted by Province of Meribah at Sunday, February 09, 2014