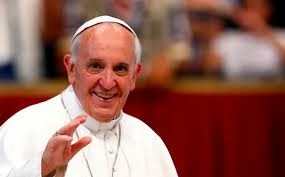 Pope Francis said contemporary ideas of marriage as an arrangement defined by personal needs promote a mentality of divorce, and he called for better preparation of engaged couples as well as ministry to Catholics whose marriages have failed.

The pope’s remarks appeared in a message distributed Feb. 7 to Polish bishops making “ad limina” visits to Rome to report on the state of their dioceses. Pope Francis met with the group but, as he frequently does, dispensed with reading out his prepared text.

In his message, the pope warned the bishops of some of the “new challenges” the church faces in their society, including the “idea of liberty without limits, tolerance hostile to or wary of the truth, or resentment of the church’s justified opposition to the prevailing relativism.”

“Marriage today is often considered a form of emotional satisfaction that can be constructed in any way or modified at will,” he said. “Unfortunately this vision also influences the mentality of Christians, causing them to resort easily to divorce or de facto separation.”

Pope Francis said pastors should search for ways to minister to divorced and separated Catholics, “so that they do not feel excluded from the mercy of God, the fraternal love of other Christians and the church’s solicitude for their salvation,” and help such persons keep the “faith and raise their children in the fullness of the Christian experience.”

The pope has said church law regarding marriage, divorce and separation is a topic that exemplifies a general need for mercy in the church today, and that it will be a subject of discussion at this October’s extraordinary Synod of Bishops on the “pastoral challenges of the family in the context of evangelization.”
Posted by Province of Meribah at Saturday, February 08, 2014