Pope Francis, speaking to Superiors of religious orders from around the world, announced that the coming year will be dedicated to Consecrated Life.

The occasion was the 82nd General Assembly of the Union of Superiors General, which is meeting in the Salesianum, a hotel and conference center in Rome, on November 27-29. The Holy Father had been expected to speak for just a few minutes; instead, he chose to meet with the Superiors for three hours, engaging in a “long, colloquial and fraternal discussion…composed of questions and answers.”

The Vatican Information Service provided a detailed report of the meeting: 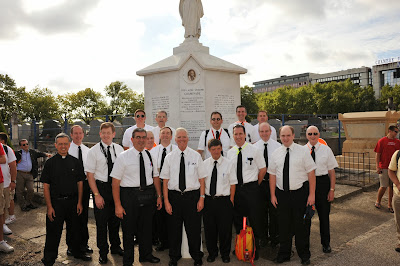 The first group of questions related to the identity and mission of consecrated life. A radical approach is required of all Christians, the Pope stated, but religious persons are called upon to follow the Lord in a special way: “They are men and woman who can awaken the world. Consecrated life is prophecy. God asks us to fly the nest and to be sent to the frontiers of the world, avoiding the temptation to ‘domesticate’ them. This is the most concrete way of imitating the Lord”.

When asked about the situation of vocations, the Pope emphasised that there are young Churches which are bearing new fruit. This naturally gives rise to a re-evaluation of the inculturation of charism. The Church must follow the example of Matteo Ricci in asking forgiveness for and looking with shame upon apostolic failures caused by misunderstandings in this field. Intercultural dialogue must press for the introduction persons of various cultures, expressing different ways of living charism, in the governance of religious institutes.

The Pope insisted upon the importance of formation, which he presented as founded upon four fundamental pillars: spiritual, intellectual, communitarian and apostolic. It is indispensable to avoid every form of hypocrisy and clericalism by means of a frank and open dialogue on all aspects of life: “formation is an artisanal craft, not a form of policing”, he commented; “its aim is to form religious persons with a tender heart, not acid, not like vinegar. We are all sinners, but not corrupt. Sinners are to be accepted, but not the corrupt”. 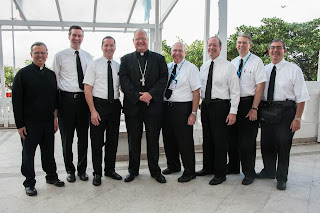 When asked about brotherhood, the Pope said that this has a great force of attraction, and presupposes the acceptance of differences and conflicts. At time it is difficult to live in fraternity, but without it no fruit may be borne. In any case, “we must never act like managers when faced with a brother’s conflict: conflict instead must be caressed”, said the Pope.

A number of questions were asked regarding the relationships between religious persons and the particular Churches to which they belong. The Pope confirmed that he had experience of the possible problems: “We bishops must understand that consecrated persons are not helpers, but rather charisms which enrich dioceses”. 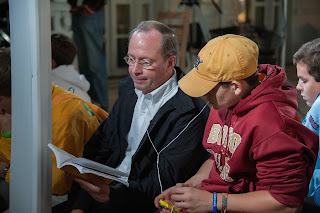 The final questions regarded the frontiers of the mission of consecrated persons. “They must be sought on the basis of the charisms”, answered the Pope. Situations of exclusion remain the first priorities. Alongside these challenges he mentioned the cultural and educational mission in schools and universities. For the Pope, the pillars of education are “transmitting knowledge, transmitting methods, transmitting values. By these means, faith is communicated. The educator must measure up to those he educates, and must give careful thought to how to proclaim Jesus Christ to a changing generation”.

Before taking leave of the 120 Superiors General present, the Pope announced that 2015 would be a year dedicated to consecrated life. He added, “Thank you for what you do and for your spirit of faith and your service. Thank you for your witness and also for the humiliations through which you have had to pass”. Francis has announced that 2015 will be a year dedicated to the promotion of consecrated life.

Posted by Province of Meribah at Saturday, November 30, 2013