The value of belonging 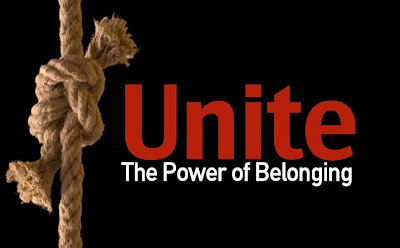 The value of belonging

But what does that mean? We can get some sense of that by considering what belonging in general does for us. We belong to our spouses, to families, to friends, to congregations, to church groups, to clubs, to political parties and so on. Some of these associations are by birth and kinship, but many are by choice. Whatever. To whom and to what we belong both affects who we are, and reveals something about who we are.

If I am a member of the church choir, that says something about my interests, my values and my willingness to participate in worship, and it points to a group of people with whom I identify. But it also says something about what has drawn me to belong to the choir. It may have been my enjoyment of singing, but more likely it was because someone in the choir invited me to join.

Belonging to Jesus, however, is always by invitation. When Paul talks about those "called to belong," the emphasis should not be just on "belong" but on "called to belong." Paul understood God's call as a powerful word of invitation that offered new life, a word that also makes our response to the invitation possible.

Of course, the divine invitation is extended to all -- to "whosoever will." We are all called to belong to Jesus Christ -- even if not all of us choose to belong to him.
Posted by Province of Meribah at Wednesday, November 13, 2013