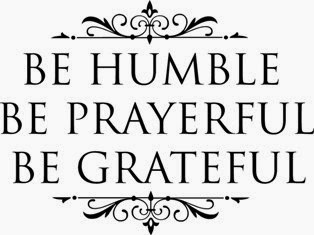 Jesus says that two men go up to the temple to pray, one a Pharisee and one a tax collector. The natural assumption made by anyone hearing this story is that the Pharisee is the devout person — the good one! The tax collector, on the other hand, is the sinner, the bad one.

Sure enough, the Pharisee steps away from the crowd in order to maintain his purity before God, and launches into a list of all his religious accomplishments: "God, I thank you that I am not like other people: thieves, rogues, adulterers, or even like this tax collector. I fast twice a week; I give a tenth of all my income." He does everything right, according to the standards of the day, obeying all the religious rules of the road. In terms of keeping God’s commandments, he is way above average.

Then the tax collector bows his head, beats his breast, and says, "God, be merciful to me, a sinner!" He’s feeling so ashamed that he cannot even raise his hands and look up to heaven, which is the standard position for first-century prayer. The tax collector doesn’t make any boasts or excuses — he simply asks for God’s mercy.

There’s no reason to assume that this tax collector is a particularly spectacular sinner. If he were a thief, a thug or an adulterer, Jesus would say so. It’s much more likely that he is confessing a set of secret, hidden faults — a collection of oversights, errors and miscalculations that only he would know.

So the above-average Pharisee boasts, while the sin-sick tax collector says, “My bad.”

They both make a connection with God, right?

In a surprising twist, Jesus concludes the parable by saying, "I tell you, this [tax collector] went down to his home justified rather than the other; for all who exalt themselves will be humbled, but all who humble themselves will be exalted."

The tax collector restores his relationship with God by asking for forgiveness, while the Pharisee moves farther away from God by boasting of his righteousness.

This isn’t what the hearers of the parable expect. They’ve been taught that good behavior draws you closer to God, while bad behavior drives you away. But Jesus is insisting that unless we are aware of our secret faults, and humble enough to know that we need forgiveness, we’re going to discover that our minor mistakes can get out of control and destroy us.

It’s always better to say "My bad” than to boast “My good."

Posted by Province of Meribah at Saturday, October 26, 2013