The Church is Catholic 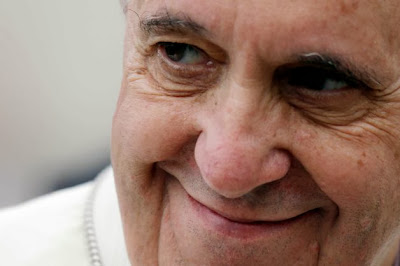 On Wednesday, October 9, in his homily at Mass, Pope Francis made these remarks on what it means for the Church to call itself Catholic. What the pope has to say about the diversity of the gifts of the Spirit in the life of the Catholic Church is especially interesting and worth our reflection and prayer. Of course, the last paragraph here needs to be understood in tandem with what precedes it.

The pursuit of uniformity erodes the gifts of the Holy Spirit.

Vatican City, 9 October 2013 (VIS) – The Holy Father dedicated the catechesis of today's general audience to catholicism and the concept of being Catholic. He explained three fundamental meanings of the idea, based on the Greek “kath'olon”, “totality”, and how these can be applied to the Church.

Firstly, “the Church is Catholic”, he said, “because she is the space, the house in which the faith in its entirety is announced, in which the salvation brought by Christ is offered to all”. … In the Church, every one of us finds what is necessary to believe, to live as Christians, to became holy, to walk this path in every place and in every age”.

“The Church is Catholic”, he continued, explaining the second meaning, “because she is universal, she spreads through every part of the world and proclaims the Gospel to every man and every woman. The Church is not an elite group, she does not concern only the few. … The Church is not closed, she is sent to all of humanity. She is the only Church present even in the seemingly least significant parts of humanity”.

With regard to the third meaning of Catholicism, the Pope reiterated how “the Church is Catholic because she is the 'House of harmony' where unity and diversity know how to come together to create richness”. The Holy Father compared this to the image of the symphony, which means harmony and accord, in which different instruments play together. Each one retains its own inimitable timbre and the characteristics of its sound, guided by a director who ensures that the instruments all play together in harmony, but that the timbre of each instrument is not cancelled; on the contrary, the special quality of each one finds its highest expression. The Church, he said, “is like a great orchestra. We are not all the same, and we should not all be the same”, he emphasised. “Each person offers what God has given him”.

The Pope concluded by asking the 60,000 pilgrims present in St. Peter's Square to live this harmony and to accept diversity, without seeking uniformity. “The life of the Church is variety”, he said, “and when we seek to make it uniform, we erode the gifts of the Holy Spirit. … Let us pray that the Holy Spirit may render us ever more 'Catholic'!”
Posted by Province of Meribah at Thursday, October 10, 2013