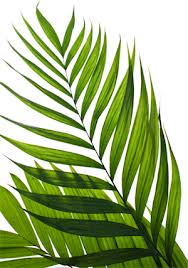 This Sunday we gather together for the triumphal entry of Christ. So let’s let Jesus be Jesus – not the superstar we want him to be. The message of this day of Palm Branches is that Jesus Christ is Lord, not a La-La Land celebrity.

If you’re ready to let Jesus step off and simply be himself, be prepared for a life-changing lesson. Jesus is not interested in glitter, glamour and gossip, but he is interested in grace, giving and goodness.

The letter to the Ephesians tells us that we are saved "by grace." It is his love that makes it possible for us to live in a "state of grace." We are children of grace, and but for that grace, only God knows where we’d be.

He was all about giving. He gave of himself. He who was rich became poor that we might be rich. He gave until there was no more to give.

He was all about goodness. The essential goodness of Jesus, unparalleled by anyone before him or after him, testifies to the life to which we are called. When he saw the crowds as sheep not having a shepherd, he was moved with compassion — he became almost physically sick, so great was his love.

Let’s give Jesus the palm branch treatment, but let’s not make this a one Sunday wonder. His grace, his giving and his goodness compel us to change our behavior, not just pat him on the back, or complain behind his back.
Posted by Province of Meribah at Thursday, March 21, 2013