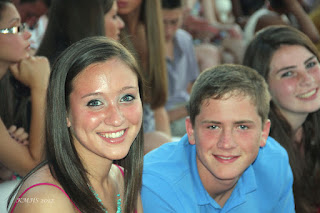 All of our seniors from of Marianist high schools have returned from their  pilgrimage to America's heartland, Disney.

It's rather interesting that Disney plays a role in America's modern mythology that is absolutely critical, even central. Increasingly the world sees Disney as the real symbol of America. Forget about the Statue of Liberty, the Constitution, the Bill of Rights - America means Mickey Mouse. The recreational mecca called Disney World has now supplanted America's historical mecca called Washington, D.C., as the nation's most popular tourist site. Some now argue that Disneyland is the spirit of America, the nation's key sacred space, the bearer of the images that carry American meaning and mission. 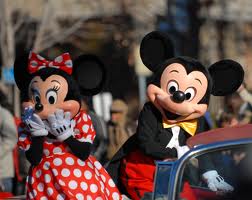 Disney's mission statement is simple and straightforward: "Provide People Happiness." In its quest to meet this goal, Disney focuses all its energies in the realm of fantasy - convincing the whole country that to find happiness involves escaping reality.

If Disney entices participants to escape life, then Christ's message is to urge people to wake up - in order to experience an authentic and full existence. Easter is a reveille call to all believers announcing the dawning of our new relationship with God through Jesus Christ. This is a radically new reality. The message of Easter wakes us, not just from a stuporing slumber, but also calls us forth! Easter is not an empty Disney-fantasy. Easter is the rousing, transforming power of God shaking each and everyone of us awake to a life in Christ, a life eternal.
Posted by Province of Meribah at Wednesday, May 09, 2012