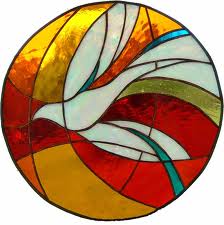 Acts tells us that on the day of Pentecost, the apostles of Jesus were all together in one place.

Were they all there? Yes.

Were they all together? Yes.

Were they all in one place? Yes.

They were all together, gathered in community. They were not in different places, but were in the same spot and on the same page.

Community is critically important, because when the Holy Spirit came with a sound like the rush of a violent wind, it came to one group in one house. Divided tongues, as of fire, appeared among them, and a tongue rested on each of them. If Peter had been in Capernaum, John in Nazareth, James on the Sea of Galilee, Andrew in Cana and the other eight scattered across the country, there would not have been a catching of the Holy Spirit wind. Pentecost was a communal experience, and it was only because they were together that all of them were filled with the Holy Spirit and began to speak in other languages, as the Spirit gave them ability.

Gathering together is a challenge for us today because we have become so individualistic in our lives. But religious communities have a long history of drawing people together, and something precious is lost when people choose to practice their faith in isolation. It is only when we are all together in one place that we can catch the wind of the Holy Spirit, and begin to use the gifts that God wants to give us.
Posted by Province of Meribah at Thursday, May 24, 2012