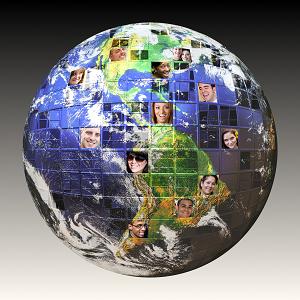 What is meant by New Evangelization? In simple terms: Millions of people, particularly in the Western world, are Christian in name, come from Christian backgrounds, are familiar with Christianity, believe that they know and understand Christianity, but no longer practice that faith in a meaningful way. They've heard of Christ and the Gospel, even though they may be overrating themselves in their belief that they know and understand what these mean. No matter. Whatever their shortcomings in understanding a faith they no longer practice, they believe that they've already been evangelized and that their non-practice is an examined decision. Their attitude toward Christianity, in essence, is: I know what it is. I've tried it. And it's not for me!

And so it no longer makes sense to speak of trying to evangelize such persons in the same way as we intend that term when we are speaking of taking the Gospel to someone for the first time. It's more accurate precisely to speak of a new evangelization, of an attempt to take the Gospel to individuals and to a culture that have already largely been shaped by it, are in a sense over-familiar with it, but haven't really in fact examined it. The new evangelization tries to take the Gospel to persons who are already Christian but are no longer practicing as Christians.

How to do that? How do we make the Gospel fresh for those for whom it has become stale? How do we, as G. K. Chesterton put it, help people to look at the familiar until it looks unfamiliar again? How do we try to Christianize someone who is already Christian?

My own view is that we are in for a long, uphill struggle, one that demands faith in the power and truth of what we believe in and a long, difficult patience. Christ, the faith, and the church will survive. They always do. The stone always eventually rolls away from the tomb and Christ always eventually re-emerges, but we too must do our parts. What are those parts?

The vision we need as we try to reach out to evangelize the already evangelized will, I believe, need to include these principles:

1. We need to clearly name this task, recognize its urgency, and center ourselves in Jesus' final mandate: Go out to the whole world and make disciples.

2. We need work at trying to re-inflame the romantic imagination of our faith. We have been better recently at fanning the flames of our theological imagination, but we've struggled mightily to get people to fall in love with the faith.

4. We need a multiplicity of approaches. No one approach reaches everyone. People go where they are fed.

5. We need to appeal to the idealism of people, particularly that of the young. We need to win people over by linking the Gospel to all that's best inside them, to let the beauty of the Gospel speak to the beauty inside of people.

7. We need to remain widely "Catholic" in our approach. We are not trying to get people to join some small, lean, purist, sectarian group, but to enter a house with many rooms.

8. We need to preach both the freedom of the Gospel and its call for an adult maturity. We need to resist preaching a Gospel that threatens or belittles, even as we preach a Gospel that asks for free and mature obedience.

9. We need today, in an age of instability and too-frequent betrayal, to give a special witness to fidelity.

10. We need, today more than ever, to bear down on the essentials of respect, charity, and graciousness. Cause never justifies disrespect.
We need to work at winning over hearts, not hardening them.

Ronald Rohlheiser
Posted by Province of Meribah at Tuesday, May 15, 2012