Father Manuel Cortés, SM, superior general of the Society of Mary, shared his reflections on Marianist spirituality from one of his latest circulars, “The Marianist Spirit, a Response to the Educational Challenges of Our Time.” Father Cortés noted it is impossible to understand Marianist spirituality without grasping the role of Mary in the life of Marianist founder, Blessed William Joseph Chaminade. 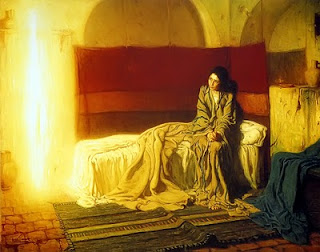 The special sensibility of Father Chaminade that shaped Marianist spirituality was two-fold. First, Father Cortés related, was the role in salvation history of Mary, the “woman of faith” God looked for in humanity in order to generate the redeemer within humanity. Father Chaminade could see that once again the world needed Mary and that in a way we must become like her to further her mission in the world. “We Marianists make an alliance with Mary to assist her in her mission,” said Father Cortés.
In the Annunciation, we see a God who does not punish or impose himself, but sends the angel who lovingly tells Mary to rejoice. (“Rejoice, full of grace, the Lord is with you.”) God offered himself to humanity through the person of Mary, thus correcting the double error of Adam and Eve. Mary perceived the true face of God and saw herself as she truly was, through God’s loving gesture.
“Inspired by contemplating the Annunciation,” said Father Cortés, “the Marianist educator understands that his task is something divine.” He sees himself reflected in the angel and, like the angel, feels sent by God to help his students discover their dignity and vocation. To do this, he takes care that their first interaction is the same as the angel’s with Mary. “Marianist education,” he added, “flows from the heart and is based on respect and love.”
Father Chaminade cites in the Marianist Constitutions that no teaching method or exercise of piety can inspire religion in children. Only when the teacher’s heart is full of God and in sympathy through charity with the hearts of his pupils can this occur. He also warned not to reject as bad that which is not absolutely good, stating, “We do not all receive the same measure of grace nor the same destiny. It suffices for everyone to be such as God wills him to be.”
Another characteristic of Marianist education is that it is developed in and for dialogue. The Marianist educator not only respects individuals, but loves them and interacts with them, which requires dialogue rather than verbal debate or imposition of will. “In education,” pointed out Father Cortés, “we do not make dialogue our method because we are confused or disoriented and do not know where to find truth; as believers and educators, the truth guides us.” He noted that Marianists do not “own” the truth or the way it is communicated, since the truth is free and “can only be communicated in freedom to the free will of the person who receives it.” 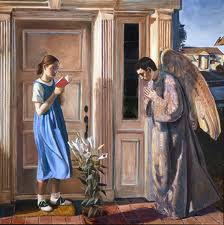 The second great principle of Marianist spirituality is the key role of faith in the development and in the mission of the human person. It was Mary’s genuine faith, “an openness to the OTHER,” that enabled God to work through her. Faith, Father Cortés explained, is the relationship to which we give ourselves when we believe in someone or something. We are the fruits of the relationships we live, and while some relationships may be oppressive, liberating relationships bring out the best of human possibilities. “These are relationships based on mutual love,” he said, “mutual surrender that always seeks the good for the other.”
One of the most important purposes of Marianist education is to educate for faith formation, he related. This also requires educating in and for personal relationship, educating in the family spirit, offering a sound theological formation and promoting Christian integrity as well as emphasizing personal relationship with God and a commitment in service to others, echoing the Marianist mission to educate to service, justice and peace.
A return to Mary in the Annunciation-Incarnation is urgent in our day and age, as is promoting true Christian communities as areas where the love of God is evident, celebrated and served and in which all see themselves as brothers and sisters, children of God the Father.
Posted by Province of Meribah at Monday, March 26, 2012