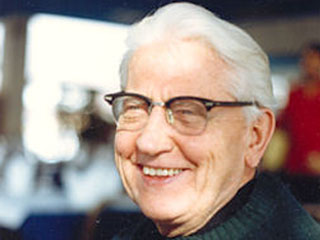 Good news regarding Jesuit Walter Ciszek who preached a Holy Week Retreat at the Chaminade-Mineola Community many years ago. He frequently received the Marianist Brothers while he resided at the Fordham University residence where he stayed for many years later.

The Vatican Congregation for the Causes of Saints has issued a decree declaring "valid" the Diocese of Allentown's investigation into the life, virtues and reputation for sanctity of Jesuit priest Father Walter Ciszek, who was born in Shenandoah, Schuylkill County and is buried at the Jesuit Center in Wernersville, Berks County.


Monsignor Anthony Muntone, Diocesan Co-Postulator for Father Ciszek's Cause for Canonization said, "The issuing of the decree by the Congregation is a major step forward in the effort to see Father Ciszek canonized a saint of the Church."


The diocesan investigation took more than a decade to complete. In August 1996, the Congregation for the Causes of Saints granted a request for a change in responsibility for pursuing Father Ciszek's cause from the Byzantine Catholic Eparchy of Passaic, NJ, where the Diocesan phase of the cause had begun several years earlier, to the Diocese of Allentown.


Over the next ten years, the Diocese of Allentown completed the Diocesan phase of the inquiry into Father Ciszek's life and reputation for holiness and forwarded all the documents pertaining to the investigation to the Congregation for the Causes of Saints in Rome in 2006.


Materials and documentation bolstering the cause included testimony from 45 witnesses, Father Ciszek's published and unpublished works, and transcription of hundreds of his handwritten documents.


The Vatican requested additional documents. In 2011, an additional 4,000 pages of documentation from the Jesuit archives in the United States and Rome, the original store of documents archived at the Father Ciszek Center, Shenandoah, and other important documents obtained from state records in Russia, were compiled and sent to the Vatican.


Father Ciszek was a Jesuit missionary to the Soviet Union who was arrested as a spy for the Vatican and held prisoner for 23 years until he was returned to the U.S. in a spy exchange in 1963.


After living for a time at the Jesuit Novitiate in Wernersville, Berks County, where he wrote his memoirs, Father Ciszek moved to Fordham University in New York where he died on December 8, 1984.


According to Monsignor Muntone, the next phase of the process involves presenting a summary of the documents by the Roman postulator, directed by an official of the congregation, together with a biography and ample "information" proving the heroic virtue of Father Ciszek.


That will then undergo an examination by nine theologians to determine if Father Ciszek exhibited in his life the theological virtues of faith, hope and charity, and the cardinal virtues of prudence, justice, fortitude and temperance to a heroic degree, Muntone said.


"If the theologians agree that his virtue was indeed heroic, the cause will be passed on to the bishops and cardinals who are members of the congregation for their study," said Monsignor Muntone.


Allentown Bishop John Barres said, "This breakthrough in the process is very encouraging and a testimony to the commitment and dedication of all those involved."
Posted by Province of Meribah at Wednesday, March 21, 2012