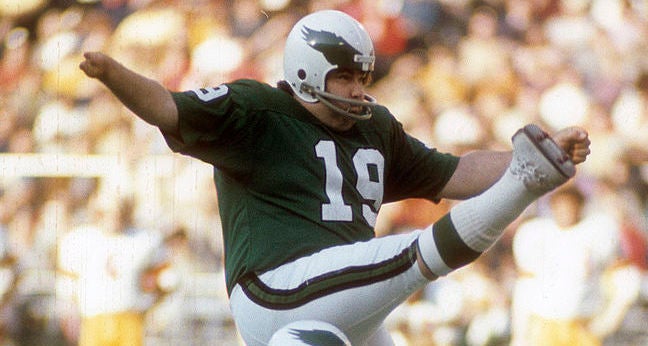 Although Tom Dempsey was a place-kicker for five teams and played in several playoff games, his NFL career can be reduced to one moment. On November 8, 1970, Dempsey kicked a 63-yard field goal on the game's last play to give New Orleans a victory over Detroit. The record-breaking kick nearly overshadowed a more impressive fact: Dempsey was born with only half his right foot (his kicking foot) and no right hand.

The faith walk of the Christian is strenuous and demanding. We need strong legs, and healthy feet for the journey.
Posted by Province of Meribah at Monday, October 14, 2019