Life is worth preserving 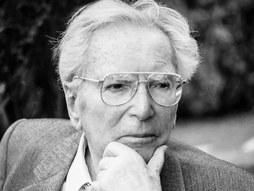 Viktor Frankl, the eminent psychologist and founder of the so-called Third Viennese School of Psychotherapy (Logotherapy), provides a revealing example of what it means to express gratitude for wholeness and wellness. Frankl, who died last year at the age of 91, was a prisoner in the concentration camps during World War II. Dr. Gordon Allport, in his preface to Frankl's significant work, Man's Search for Meaning (New York: Simon and Schuster, 1984), says that "there he found himself stripped to a literally naked existence. His father, mother, brother and his wife died in the camps or were sent to the gas ovens, so that except for his sister, his entire family perished in these camps. How could he -- every possession lost, every value destroyed, suffering from hunger, cold and brutality, hourly expecting extermination -- how could he find life worth preserving? A psychiatrist  who personally has faced such extremity is a psychiatrist worth listening to."

Frankl answers Allport's question when he recounts his experience immediately following his liberation from the camps:

"One day, a few days after the liberation, I walked through the country, past flowering meadows, for miles and miles, toward the market town near the camp. Larks rose to the sky and I could hear their joyous song. There was no one to be seen for miles around; there was nothing but the wide earth and sky and the larks' jubilation and the freedom of space. I stopped, looked around and up to the sky -- and then I went down on my knees. At that moment there was very little I knew of myself or of the world -- I had but one sentence in mind -- always the same: "I called to the Lord from my narrow prison and he answered me in the freedom of space."

Posted by Province of Meribah at Sunday, October 13, 2019