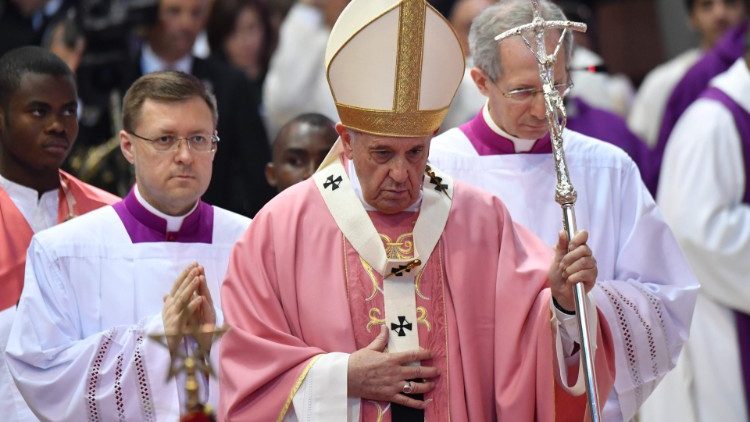 In a recent homily, Pope Francis reflected on today's Gospel reading, in which the Pharisees brought a woman accused of adultery and attempted to trap Jesus by asking him whether she should be stoned according to the law of Moses.

“Let the one among you who is without sin be the first to throw a stone at her,” Jesus replied.

Citing St. Augustine, the pope said once those who sought to stone the woman left, only Jesus and the woman remained, “mercy with misery,” because in his eyes, “that woman, that person” was what was of value.

“For him, the sinner comes before the sin,” the pope explained. “I, you, each one of us come first in the heart of God: before mistakes, rules, judgments and our failures.”

However, Christians must keep in mind that, without the love of God, evil cannot be overcome. Thus, the sacrament of reconciliation, the pope said, is the gift that helps “make room for the Lord, who forgives and heals.”