Stanford to remove St. Junipero Serra’s name from some sites on campus 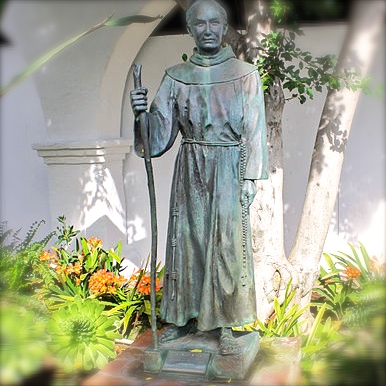 From The Los Angeles Times:

The Franciscan friar was credited with bringing Catholicism to California when it was under Spanish rule, and he evangelized indigenous people. Critics note that he sometimes used harsh methods and many see him more as an oppressor than a protector of early Californians.

Serra’s name will be removed from a dormitory and an academic building, both now called Serra House, and from Serra Mall, one of the most prominent and recognizable features of the campus, the university announced Thursday.

Stanford’s board will seek approval from local and federal agencies to rename Serra Mall as Jane Stanford Way, after Jane Stanford who, with her husband, Leland, founded the university.

The committee argued that Serra, who was canonized by the pope in 2015, created the mission system that “pervasively mistreated and abused California’s Native Americans. His founding and leadership of that system was at the time and remains today a central and inextricable part of his public persona.”

Forced labor supported the missions, critics point out, and Spanish troops garrisoned near some missions were blamed for spreading syphilis and other diseases that devastated local communities.
Posted by Province of Meribah at Saturday, September 22, 2018