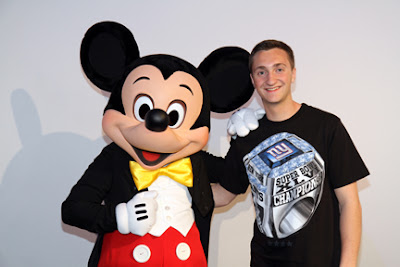 After the completion of Disney World, someone remarked, "Isn't it too bad that Walt Disney didn't live to see this!" Mike Vance, creative director of Disney Studios replied, "He did see it -- that's why it's here."

Everything in life that we use or hold, eat or watch, wear, sit in or listen to -- in other words, everything that is a creation of human ingenuity -- started out as a dream. Before anything can become tangible, it must first become a reality in the mind of its dreamer. Only when the dream is real for one can it become real for all.

Like it or not, no one person shaped the face of American pop culture in the 20th Century more than Walt Disney, and no one entertainment company has been as consistently influential as The Disney Company.

During Walt's lifetime and after his death, the company never ceased to plow ahead, creating groundbreaking animated films, popular television shows, and theme parks that rank as some of the biggest tourist attractions in the world. Today, Disney magic infiltrates almost every aspect of American culture, from literature to sports to music to computers -- and the company continues to explore new opportunities.

Disney remains doggedly determined to dominate the business of making dreams come true. Our two high schools create a senior trip to Disney World in Orlando, Florida where the seniors can create lasting bonds of friendship. Each school offers the senior class trip from Thursday to Sunday to experience the imagination and creativity of Walt Disney.
Posted by Province of Meribah at Friday, May 05, 2017