Marianist high schools were there! 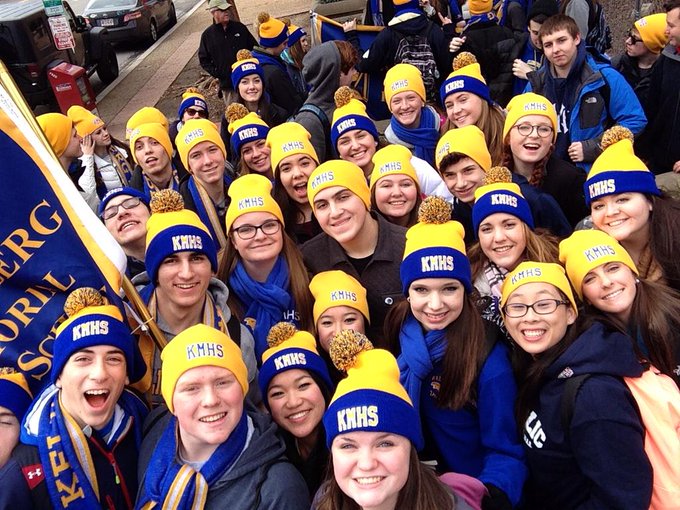 (Vatican Radio) Scores of thousands of people in the United States – some estimates put the number of participants at a half-million – converged on the nation’s capital, Washington, DC on Thursday, to participate in the annual March for Life, held each year on the anniversary of the 1973 Roe v. Wade Supreme Court decision that made procured abortion legal in all fifty states.

Delivering the Homily at a vigil Mass on Wednesday evening in the Basilica of the National Shrine of the Immaculate Conception in Washington, the Archbishop of Boston and Chairman of the US Bishops’ Committee on Pro-life Activities, Cardinal Sean O’Malley called on all people dedicated to the cause of life to renew their commitment to serve the weakest and most vulnerable – to making the Gospel credible by witnessing the joy it brings to those who confess and live the Good News. “What must characterize the pro-life movement,” said Cardinal O’Malley, “is a special love for the poor, the marginalized, the suffering, and especially human life that is in danger of being discarded.”

Cardinal O'Malley went on to say, “We must work tirelessly to change the unjust laws, but we must work even harder to change hearts, to build a civilization of love.”
Posted by Province of Meribah at Friday, January 23, 2015