The Church, like a nation, must defend herself and her faith. She must fight for the truth and for the salvation of souls. This demands doing battle, for which reason we call ourselves the Church Militant. Like a nation, however, the Church also encounters a danger: that the fighting spirit of the Church Militant turn against her. The danger is not of fighting—but of only fighting, and fighting in the wrong way. The danger is that the Church become not the New Jerusalem, but the New Sparta. And Sparta was known for only one thing: fighting. Ruthlessly, effectively, heroically at times, but only fighting. Sparta produced no great artwork, poetry, plays, or philosophy. It produced only war. 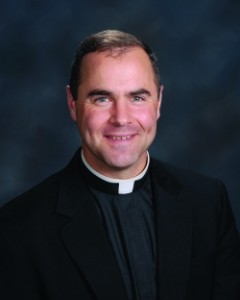 In short, the risk is to cease being the Church Militant and to become instead the “Church Belligerent.” This term describes not so much a specific group of people as a certain attitude, mindset, or approach. It indicates the necessary fighting spirit of the Church Militant severed from the principle of charity. And it constitutes a hazard—not for those who think that the past forty years have been a catechetical and liturgical success, not for those who see no need to evangelize, not for those waiting for the Church to be updated. Rather, it poses a threat precisely to those—to us—who take the demands of the Church Militant seriously, who see the crisis in society and within the Church, who recognize the catechetical and liturgical fallout of almost four decades, and who desire to enter into the battle for souls.

…Those who constantly challenge and criticize cannot be taught. They may be able to pick apart goofy catechesis and spot liturgical abuse from a mile away. But they cannot learn, because they never stop questioning, criticizing, picking things apart. The criticism results in a cynicism borne (ironically) of a zeal for truth. If we refuse to trust anyone, then we set ourselves up as our own personal magisterium. And we have a name for that: Protestantism.

Further, the constant criticizing quickly becomes just complaining. And there is plenty to complain about. So we sit around and swap anecdotes about how bad Mass is at that parish, and how bad that school is, and what bishop so-and-so did or didn’t do…and so on. We may be dead right on every point. But so what? At the end of the complaining, have we become holier? Have we grown in the interior life? And what attitude have we fostered in those around us?

Some of our greatest saints saw similar, and worse, crises. Yet they did not leave us an example of complaining. The hallmark of Christians is charity, not churlishness. The pagans were moved by the Christians: “See how they love one another”—not “See how they complain to one another.”
Posted by Province of Meribah at Friday, January 30, 2015