He got cowboy boots in Texas, a surfboard in California and adulation everywhere. But the single gift Derek Jeter wanted most from his final season was the one he has wanted since he was a boy growing up next to a baseball field in Kalamazoo, Mich.

Jeter wanted the best view in New York City. He wanted something that cannot be bought and something he can never have again. In the end, it meant everything to him.

“I want to take something special from Yankee Stadium,” Jeter said later. “The view from shortstop here, tonight, is what I want to take from it.”

So that is where Jeter went, after the spine-tingling ending to his New York baseball career, when his signature hit — opposite-field single, first pitch —beat the Baltimore Orioles, 6-5, in the bottom of the ninth inning. He raised his arms in triumph, smiled widely, embraced teammates past and present. And then he went for a walk.

The point of baseball is to go home. Jeter, who understands the game as well as anyone ever has, did just that. He went to his home, shortstop, the position he held his entire career, never straying for even an inning to another spot. He will hit this weekend in Boston, he said, out of respect for the fans there, and the rivalry. But he will not play shortstop again. This was it. 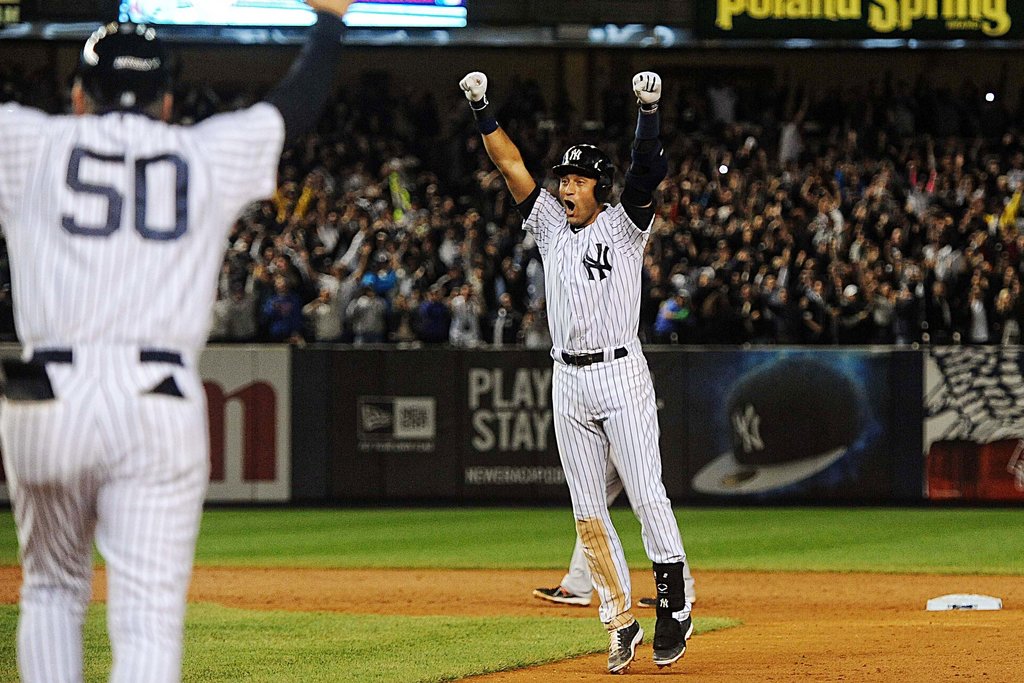 
For the very last time as an active player, Jeter stopped at the edge of the outfield grass and squatted there for a moment: his head bowed, his back to the pitcher’s mound, his glove near his face. He said a prayer.

“I basically just said thank you, because this is all I’ve ever wanted to do, and not too many people get an opportunity to do it,” Jeter said later. “It was above and beyond anything that I’ve ever dreamt of. I don’t even know what to say. I’ve lived a dream since I was 4 or 5 years old, and part of that dream is over now.”

Jeter chose his words carefully; he always does. Only part of his dream is over. He has belonged to the Yankees for more than half his life, but he is only 40. He has just started his own publishing imprint. He wants to own a baseball team someday, and to start a family.