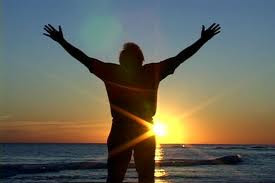 From David Brooks, in the New York Times a little profundity —and a challenge to the world—


A human life is not just a means to produce outcomes, it is an end in itself. When we evaluate our friends, we don’t just measure the consequences of their lives. We measure who they intrinsically are. We don’t merely want to know if they have done good. We want to know if they are good.

That’s why when most people pick a vocation, they don’t only want one that will be externally useful. They want one that they will enjoy, and that will make them a better person. They want to find that place, as the novelist Frederick Buechner put it, “where your deep gladness and the world’s deep hunger meet.”

If you are smart, hard-working, careful and lucky you might even be able to find a job that is both productive and internally ennobling. Taking a job just to make money, on the other hand, is probably going to be corrosive, even if you use the money for charity rather than sports cars.

We live in a relentlessly commercial culture, so it’s natural that many people would organize their lives in utilitarian and consequentialist terms. But it’s possible to get carried away with this kind of thinking — to have logic but no wisdom, to become a specialist without spirit.

Making yourself is different than producing a product or an external outcome, requiring different logic and different means. I’d think you would be more likely to cultivate a deep soul if you put yourself in the middle of the things that engaged you most seriously. If your profoundest interest is dying children in Africa or Bangladesh, it’s probably best to go to Africa or Bangladesh, not to Wall Street.
Posted by Province of Meribah at Friday, June 07, 2013