Do you know the Shepherd? 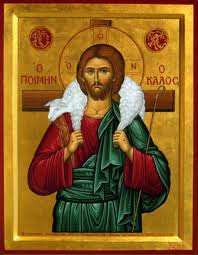 At a gathering of poets, writers, actors and artists as well as some prominent religious figures, the Master of Ceremonies invited a famous actor to read Psalm 23 from the podium. He was of course very dramatic in his interpretation..."The Lord is my Shepherd, there is nothing I shall want. He makes me walk in fertile pastures....."

Everyone was impressed by what they just heard and the actor returned to his place getting praises from those around him. Then the MC noticed an elderly priest in the crowd and invited him to read the same passage. The elderly priest walked to the podium with his cane and with a soft but emotional voice started: "The Lord is my Shepherd, there is nothing I shall want. He makes me walk in fertile pastures, He refreshes my soul..."


When he had finished, there wasn’t one dry eye in the hall. He went back to his place while the Master of Ceremonies came up, himself with tears in his eyes. Then with a broken voice he told the crowd, "Ladies and gentlemen, we witnessed something very special today. We heard the actor and the priest read the same passage of Psalm 23. As you could see the actor knew drama, he knew acting, he knew performance...but the priest knew the Shepherd himself!"
Posted by Province of Meribah at Tuesday, April 23, 2013