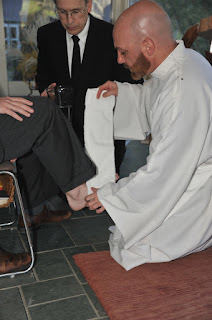 Christ is Risen! He is risen indeed!

Several years ago, Lee Strobel, a journalist with the Chicago Tribune, became a Christian and began to open himself to Christ's transforming power. Increasingly, he found that he wanted the motives and perspective of Jesus to be his own. Does that sound "mystical," he asks? Maybe it does.

But it's very real to him now, and to those around him. In fact, he reports that just a few months after he became a Christian, his 5-year-old daughter went up to his wife and said, "Mommy, I want God to do for me what he's done for Daddy."


Here was a little girl who had only known a father who was profane, angry, verbally harsh and all-too-often absent. And even though she had not picked the bones of perception or pluralism or passion, or debated anything else related to the empty tomb, she had seen up close the influence that Jesus can have on one person's life. In effect, she was saying, "If this is what God does to a human being, that's what I want for me." 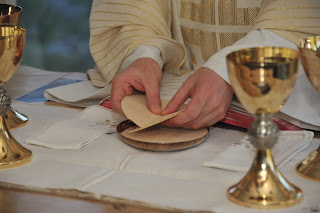 Maybe it's time to toss the tools we normally use in our search for facts and figures and empirical evidence. We need, instead, to pull out the tools of faith to access the reality of the resurrection. That's not a matter of believing the impossible; it's a matter of trusting the invisible!

Make no bones about it:  Christ is risen. He is risen indeed!
Posted by Province of Meribah at Monday, April 09, 2012