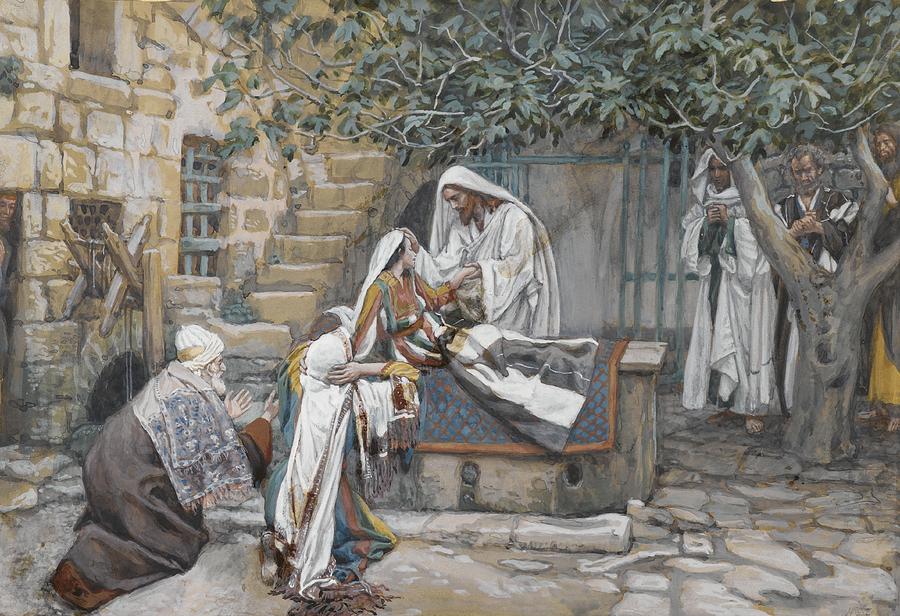 Some people come from the house of Jairus to tell him that his daughter is dead. But overhearing what they say, Jesus says to Jairus, "Do not fear, only believe." He's challenging Jairus to trust with the very same conviction that the bleeding woman had just shown.

Jesus cuts through a commotion of people weeping and wailing loudly, and enters the house. He asks them, "Why do you make a commotion and weep? The child is not dead but sleeping," (v. 39). They laugh at him, like the abusive high school classmates who mock.

But Jesus kicks them out and gathers the child's father and mother, along with his disciples. He takes the girl by the hand and says to her, "Little girl, get up!" And Mark tells us that immediately the girl gets up and begins to walk about. Jesus saves her not only from illness, but from death itself.

And the witnesses? Not surprisingly, they are "overcome with amazement."