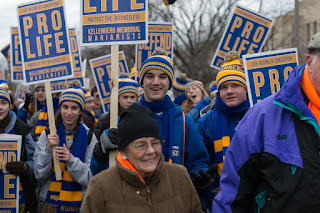 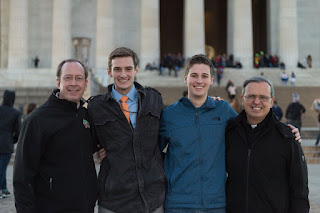 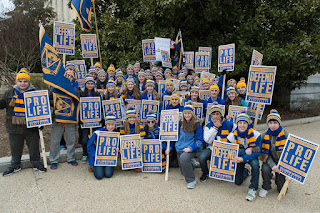 Our two Marianist high schools made the journey from Long Island to participate in the annual March for Life in Washington, DC. Over 150 of our students participated plus our graduates as well.

Abortion has been legal for 44 years in our nation.It appears to me that there is a younger generation arriving on their school buses, seeing so many peers who are also Catholic, who also defend life, and who also for the first time realize they’re not alone, not stuck in their local parishes and schools.

The numbers that March on Washington are enormous. And the youth are energetic. This is the fruit I’ve seen each year. "Every successful undertaking is a triumph of enthusiasm.” And that is what characterized this year's 2017 March for Life, a spirit of enthusiasm.

The March for Life does have a political effect: keeping alive the abortion debate in our country, which also keeps in check further abortion legislation. We’d be far worse off had the issue been swept under the carpet years ago and the debate not kept alive.

To live life and to defend life. To defend it by living it joyfully. To be Christians in the world, which is the same as to be joyful. Because we know by name He who gave us life and who gives it to each and every person from the very first moment, from His own hand.
Posted by Province of Meribah at Monday, January 30, 2017