On Wednesday, August 3, 2016, 20 students of the class of 2017 departed for the Marianist Mission of Mercy to Lourdes, France, to serve with the Hospitalité Notre-Dame de Lourdes at the Sanctuary of Lourdes.

This is the second consecutive year that our Marianist high school has sent students as missionaries to this holy site.

In 1858, the Blessed Mother began a series of appearances to St. Bernadette Soubirous, a young girl from a poor family in Lourdes. From the time of her appearance, a stream began to flow from the grotto where Bernadette saw the Blessed Mother. For over a hundred and fifty years, millions have made pilgrimage to be bathed in the waters of Lourdes, seeking both physical and spiritual healing. Since the time of Our Lady’s appearance, thousands have been cured.

The Marianist Missionaries of Mercy will spent the week working with the malades (French for “the sick”), generally the elderly and those suffering from other physical handicaps, as they make their own journeys from their homeland to the small village at the foothills of the French pyrenees to be served by our student missionaries. 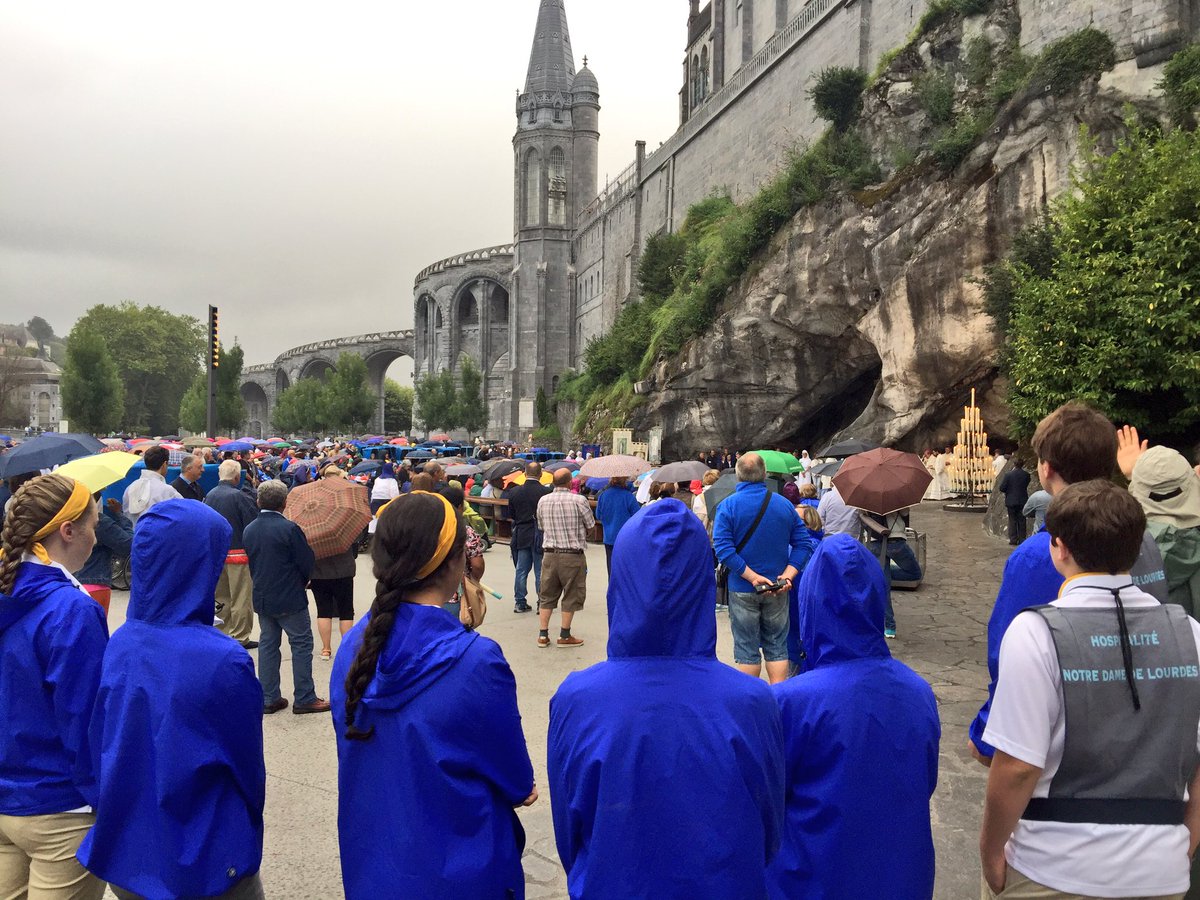 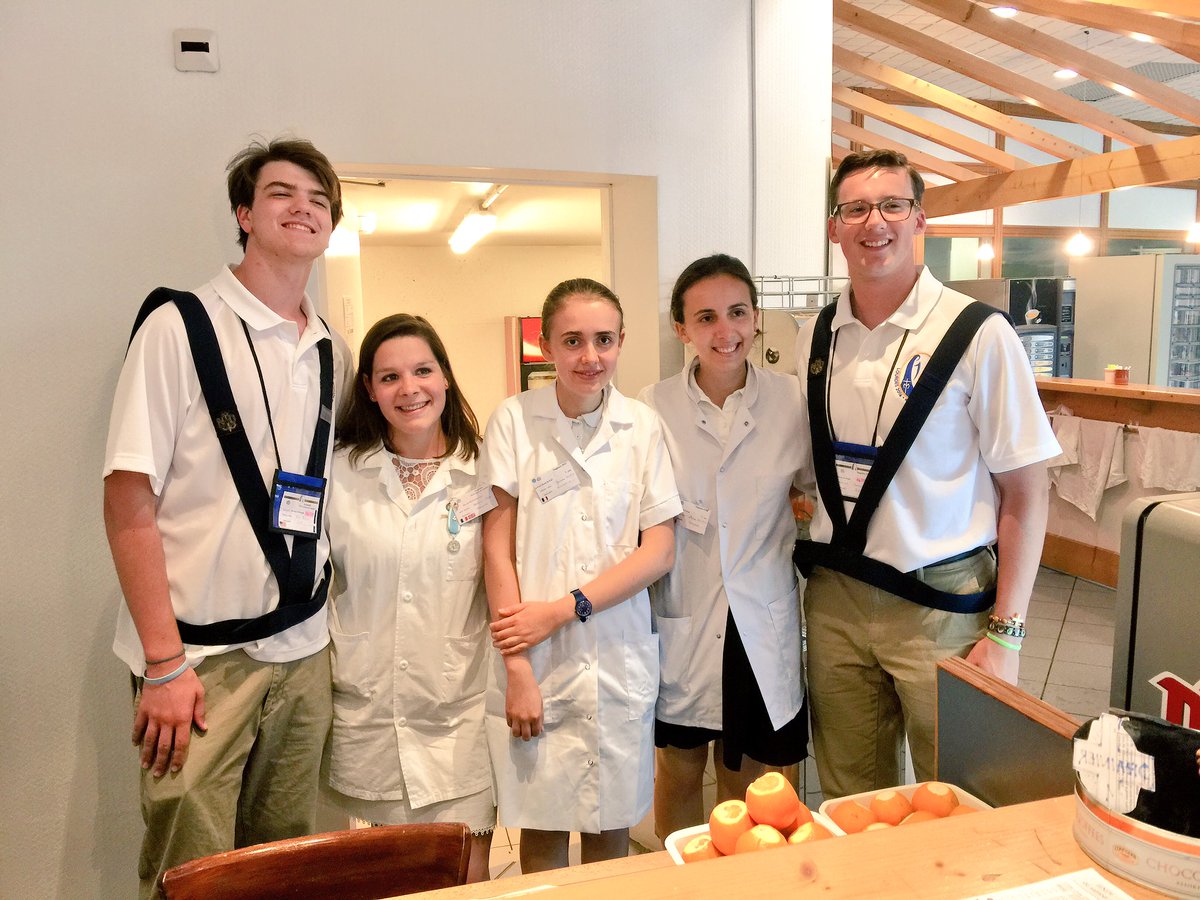 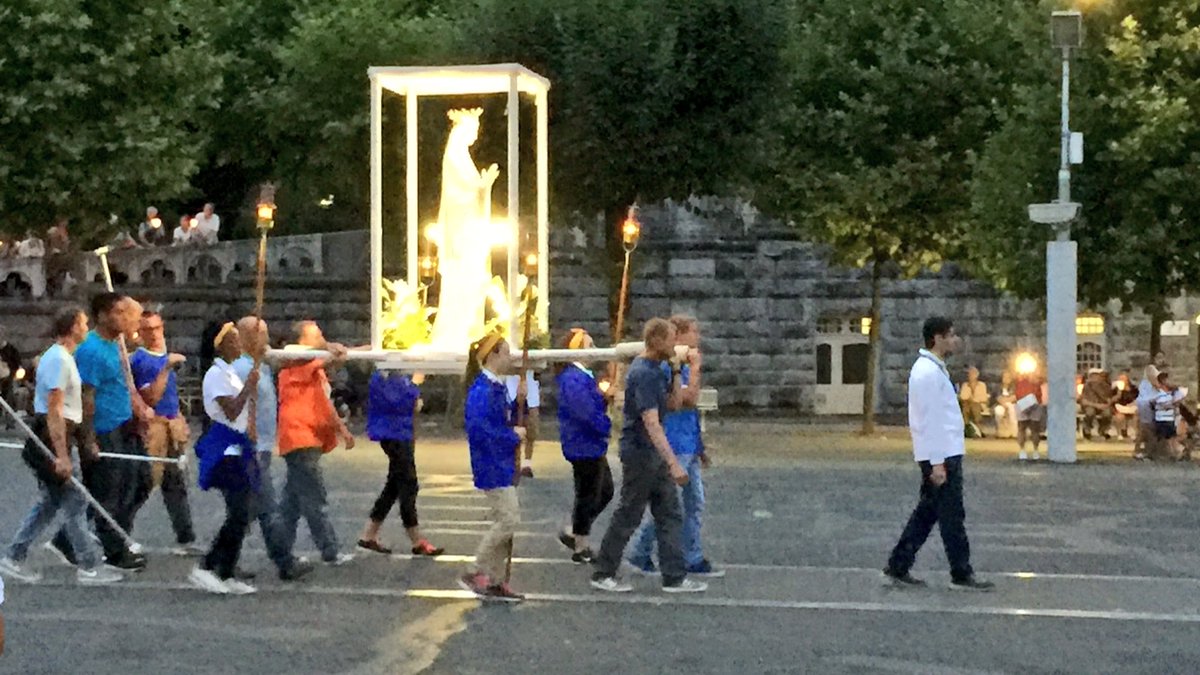 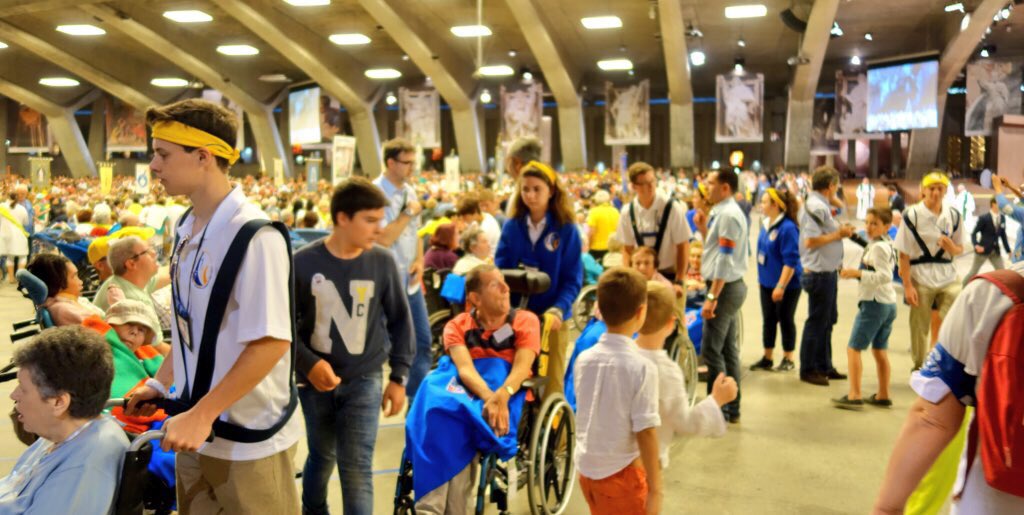