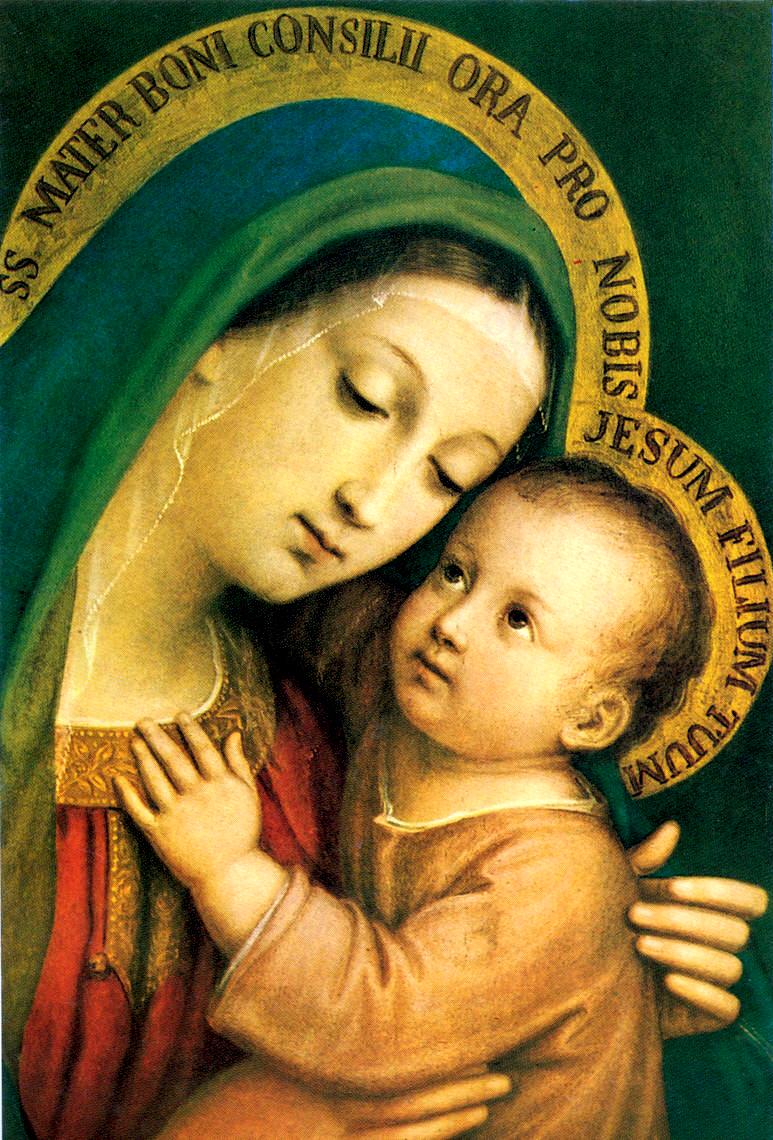 The painting of Our Mother of Good Counsel is the Mother of Tenderness. The Christ Child nestles close to his mother. The Christ Child rests on Mary's left arm, her head bends toward him, their cheeks touch tenderly. The left hand of the child gently grasps the rim of her dress, indicating the intimacy of nursing.

The image as it is known in the West is traced to the year 1467 to Genazzano, Italy, a small town thirty miles southeast of Rome. It is presently located in a side chapel, built between 1621 and 1629, in the church of Our Lady of Good Counsel, from where the image derives its name. The painting is a fresco executed on a thin layer of plaster not much thicker than paper. One writer describes it as a fresco painted on a material resembling egg shell. It appears suspended in mid-air in its frame, with approximately an inch of space between it and the wall behind it. The work itself probably originates as a fourteenth century Umbrian work.
Posted by Province of Meribah at Monday, June 27, 2016