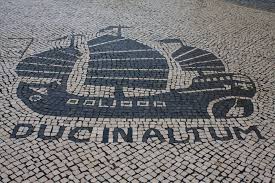 “Put out into the deep.”

Jesus spoke these words to Simon Peter, encouraging him to cast the nets once more after a fruitless night fishing. Simon Peter’s trust and willingness to respond bore great fruit. We now offer these same words to you to encourage you in your discernment.

As the story unfolds in Chapter 5 of the Gospel of St. Luke, Simon Peter followed the command of Christ and netted more fish than he could manage on his own. Following this great catch, an even greater invitation came: “Do not be afraid; from now on you will be catching men.”

The first invitation required Simon Peter to take a chance on the fishing advice of Christ. He was willing to step into the unknown and trust Jesus. The second command, although coming in light of the miraculous catch, required Simon Peter to take an even greater step into the unknown and place even more trust in Jesus. He did not know where following Christ would lead him, but he did know that Jesus was capable of great things.

The process of discerning a Marianist religious vocation can be difficult in the midst of a busy life. But the nature of Christ’s invitation is to each of us similar to the invitation Simon Peter received in that boat so many years ago.

It is an invitation to step out into the unknown. Following that invitation requires the same willingness to trust in Jesus as well as the same boldness to step forward despite not knowing where He will lead us.

Initially, there may not have been much on which Simon Peter could base his trust in Jesus’ fishing advice. Yet we do have a good bit on which to base our own trust.We recognize that we have the witness of the lives of countless saints to show us that the Lord does amazing things with those who put their trust in Him. Each of the saints was given a similar invitation to trust in the Lord and step into the unknown. Each of them was held firmly in the palm of the Lord’s hand while following His invitation.

Together with the saints who have gone before us, we can place our trust in the Lord, “put out into the deep,” and follow Christ into the unknown. WE are praying for your vocations.