The Passion of St. John

Today, August 29, the Church remembers the passion of St. John the Baptist, a prophet who was put to death through beheading because he spoke the truth. 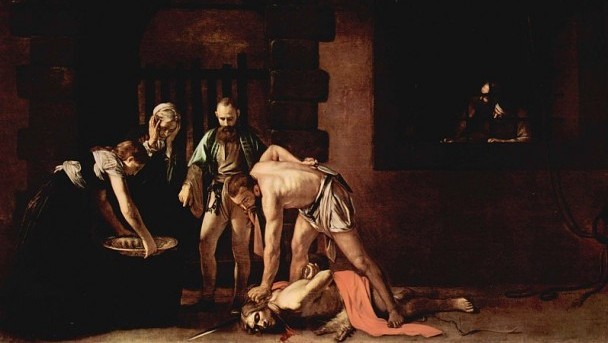 There is no Gospel that begins the story of Jesus’ public ministry without first telling the reader about the life and mission of John the Baptist. John’s preceding Jesus was clearly fixed in the Christian tradition, so much, that in two of the three Gospels that begin their story before the public ministry with Jesus’ first appearance on earth, John the Baptist is brought forth to precede the appearance as well.

John the Baptist was a man of the desert and began his preaching in the desert: “Prepare the way of the Lord, make straight his path.”  His long years in the desert before his appearance as a preacher and teacher of repentance were the source and time for many possibilities. When the time had come, John led his own disciples to Jesus and indicated to them the Messiah, the True Light, and the Lamb of God who takes away the sins of the world. Jesus’ own testimony to John makes the Baptizer the greatest of all Israelite heroes. Jesus also testifies to John’s greatness in calling him a “witness to the truth, a burning and shining lamp.

John considered himself to be less than a slave to Jesus, “There is one among you whom you do not recognize- the one coming after me- the strap of whose sandal I am not worthy to unfasten.” When John’s own disciples came to him and were troubled about the meaning of Jesus’ baptizing in the Jordan, he answered them confidently: “No one can receive anything except what is given them from heaven…” John says that he is only the friend of the bridegroom, the one who must decrease while his master increases. The Baptizer defined his humanity in terms of its limitations.

O God, who willed that Saint John the Baptist
should go ahead of your Son
both in his birth and in his death,
grant that, as he died a Martyr for truth and justice,
we, too, may fight hard
for the confession of what you teach.
Through our Lord Jesus Christ, your Son,
who lives and reigns with you in the unity of the Holy Spirit,
one God, for ever and ever.
Posted by Province of Meribah at Saturday, August 29, 2015