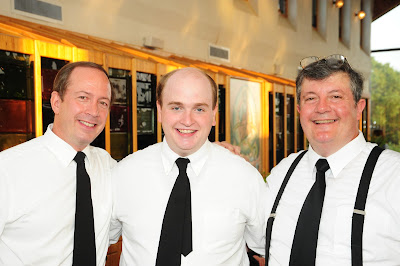 In the article “How to Discern Elements of Your Personal Vocation” by Fr. Peter Ryan, he says:

“With respect to future possibilities, we cannot discern whether we should do something, but only whether we should try to do it…The real possibility that we could die before we carry something out or that other things could intervene and make something impossible should warn us not to conclude that we are definitely called to do something in the future, but only that we are called to try to do it. Often enough, all God wants is the effort; and if we make the effort, we produce the results he desires.”

Takes a lot of the pressure off, doesn’t it!

Young adults are at a point in their lives where they are discerning many things including personal vocations. Personally, I’m often frustrated with the fact that I can’t see the future, and even more frustrated when what I think will happen doesn’t end up happening. (What can I say, I’m a planner.) But as Fr. Ryan says, our effort to try is often what God desires as it shows faith and hope. God wants us to say to him, “I don’t know where this path will lead, but Yes Lord, I’m going to follow you anyway.” We can act within these uncertainties saying and believing, Thy Will be done.
Posted by Province of Meribah at Saturday, November 08, 2014