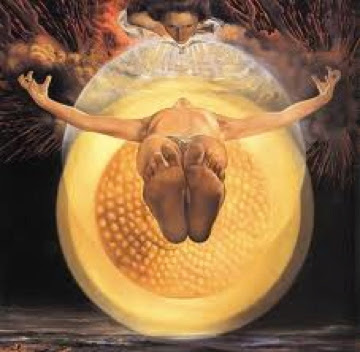 To understand the Ascension event, our task is two-fold. First, we must realize that the Ascension represents an attempt to do the impossible - use the language of space and time to describe a reality that intentionally transcends both. As a literary tradition, the Ascension "worked" to explain Christ's departure from the physical world no better for first-century Christians than it does for 21st century, scientifically sophisticated Christians.

Thus the second task for us is to discern what message the Ascension communicates beyond space and time. By lifting Jesus out of first century Judea, the risen Christ of faith becomes personally knowable to every new generation of believers in every place on this earth. The Ascension makes every person a contemporary of Christ. Through the gift of the Holy Spirit there are no second-hand disciples. An old saying puts it best when it asserts that "God wants no grandchildren, only children."
Posted by Province of Meribah at Thursday, May 09, 2013