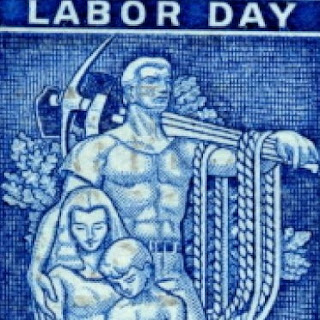 This coming weekend unofficially marks the end of summer with Labor Day. But why is it called Labor Day? Labor Day is a day set aside to pay tribute to working men and women. It has been celebrated as a national holiday in the United States since 1894.

Labor unions themselves celebrated the first labor days in the United States, although there's some speculation as to exactly who came up with the idea. Most historians credit Peter McGuire, general secretary of the Brotherhood of Carpenters and Joiners and a cofounder of the American Federation of Labor, with the original idea of a day for workers to show their solidarity. Others credit Matthew Maguire, later the secretary of Local 344 of the International Association of Machinists in Paterson, N.J.

The first Labor Day parade occurred Sept. 5, 1882, in New York City. The workers' unions chose the first Monday in September because it was halfway between Independence Day and Thanksgiving. The idea spread across the country, and some states designated Labor Day as a holiday before the federal holiday was created.

President Grover Cleveland signed a law designating the first Monday in September as Labor Day nationwide. This is interesting because Cleveland was not a labor union supporter. In fact, he was trying to repair some political damage that he suffered earlier that year when he sent federal troops to put down a strike by the American Railway Union at the Pullman Co. in Chicago, IL. That action resulted in the deaths of 34 workers.
Posted by Province of Meribah at Thursday, August 30, 2012