The month of Mary and Blessed John Henry Newman 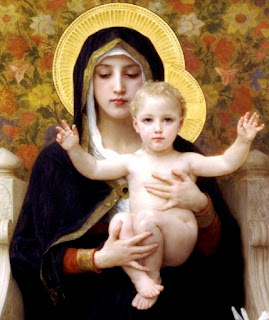 May devotions to the Blessed Virgin Mary were a prominent part of Catholic prayer life and still are in some places. The recent beatification of Cardinal John Henry Newman creates a moment to examine the place of devotion to Mary in Catholic life, because he had to think himself into such devotion when, as an Anglican clergyman, he moved toward entering the Catholic Church.
Newman distinguished doctrine and devotion. He thought both gave us truth, but doctrine tells us the objective truths of God’s self-revelation and devotion tells us the subjective truths of how we relate to doctrine. When he was 15 years old, John Henry Newman had a religious experience that left him with a strong sense of doctrine. As a member of the Church of England, however, he avoided invoking saints, including the Blessed Virgin Mary.

As Newman studied the Fathers of the Church, the bishops and preachers who led the church in the first centuries after the Apostles, he saw how the apostolic church is Catholic. He at first tried to deepen the Catholic movement in the Church of England, and then he came to understand that Catholicism is anchored in the Church of Rome. Once he entered the Catholic Church, he reconsidered the relation between doctrine and devotion to the Blessed Virgin Mary. Of the development of Marian devotion, he wrote: “The idea of the Blessed Virgin was as it were magnified in the Church of Rome, as time went on, but so were all the Christian ideas, as that of the Blessed Eucharist. The whole scene of pale, faint, distant Apostolic Christianity is seen in Rome, as through a telescope or magnifier. The harmony of the whole, however, is of course what it was.”

Newman recognized that objective doctrine and subjective devotion were intrinsically connected. Devotion protects doctrine; without appropriate devotion, a doctrine wanes in its influence on Christian life. Specifically, he related the doctrine of the Incarnation of the Eternal Son of God in Jesus of Nazareth to devotion to Mary as the Mother of God. Because Jesus had a human mother, he is truly man; because Jesus is God, Mary is the Mother of God. Devotion to Mary as Mother of God protects our belief in Jesus as true God and true man. Mary’s mission in the history of salvation is to strengthen our faith in the doctrine of the Incarnation.

Newman related the doctrine of the redemption of the human race from original sin to devotion to Mary as the Immaculate Conception. The Fathers of the Church often spoke of Mary as the New Eve. Like Eve, Mary was born without sin; unlike Eve, Mary cooperated with God’s will for her salvation and that of all his people. Mary was redeemed by Christ before she was touched by sin and was therefore able to cooperate fully in her Son’s redeeming mission. Devotion to the Immaculate Conception of the Blessed Virgin Mary keeps the nature of our redemption foremost in our consciousness.

Newman also saw how the doctrine of Christ’s resurrection from the dead and the promise of our being raised from the dead on the last day is connected to devotion to the Blessed Virgin Mary, assumed into heaven. Jesus conquered death in his own flesh, and his flesh is his mother’s. Just as Jesus’ body was preserved from the corruption that follows death and then rose on the third day, so the body of the Virgin Mary was preserved from the corruption that follows death and she was assumed bodily into heaven. Devotion to the Assumption of the Blessed Virgin Mary preserves our belief in the doctrine of the resurrection.

In Newman’s theology, devotion to Mary protects the key doctrines of the catholic and apostolic faith. He came to enjoy preaching about her and reflected on her titles in the Litany of Loreto when he preached May devotions. Our devotion to Mary, like Mary herself, always points to her divine Son and the truth about who he is.

In a moving passage in one of his conferences to mixed audiences, composed of both Protestants and Catholics, Newman wrote: “The church gives us Jesus Christ for our food, and Mary for our nursing mother. Prove to the world that you are following no false teaching, vindicate the glory of your mother Mary, whom the world blasphemes, in the very face of the world, by the simplicity of your own deportment, and the sanctity of your words and deeds. Go to her for the royal heart of innocence. She is the beautiful gift of God, which outshines the fascination of a bad world, and which no one ever sought in sincerity and was disappointed. She is the personal type and representative image of the spiritual life and renovation in grace, without which no one shall see God.”

This May, join Cardinal Newman and others in praying to the Blessed Virgin Mary. God bless you.


Sincerely yours in Christ,
Francis Cardinal George, OMI
Archbishop of Chicago
Posted by Province of Meribah at Thursday, May 26, 2011